Below is a discussion of the difference between eye space, eye shape and eye potential

You can reduce eyespace, by playing a hane for example.
You can destroy eyeshape, by playing on the vital point. 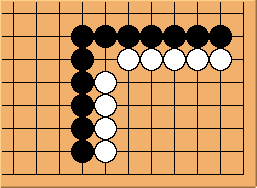 The white group has lots of eyespace. But this space is also large enough for Black to build a living group, or at least a group with sufficiently good eyeshape to annoy White.

We cannot say that White's eyeshape is very good. The group consists of two straight lines. 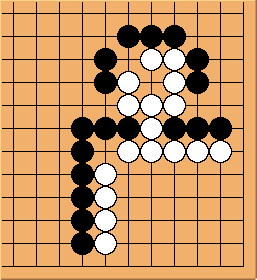 White has now two eyespaces, one already being an eye, and one where it will be easy to make a second one.

RobertJasiek: Indeed. There is one eyespace consisting of two - as I call them - lakes. 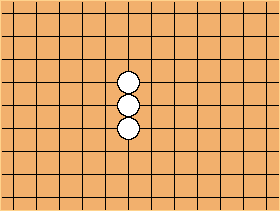 This white chain is out into the open. It has an enormous amount of eyespace. Eyes can be made anywhere. 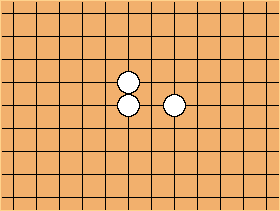 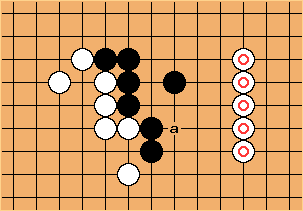 In this example, the Black stones make a nice shape. Without the marked white stones, the eyespace available is so vast that Black needn't worry about life.

With the marked stones present, the eyespace is greatly reduced, and now Black doesn't feel that comfortable anymore. A move at a, for example, could become annoying.

Eye potential could be defined as the likelihood for making eyes for a group. It is the combination of the space available to make eyes (eyespace) and the shape of the group with respect to the objective of making eyes (eyeshape). Eye potential grows larger when

In tsumego, where there is usually one group surrounded by another, eyeshape, eyespace and eye potential can be used interchangeably.