Only a fool does not connect against peeping plays. That is a proverb.

But look at the diagram. 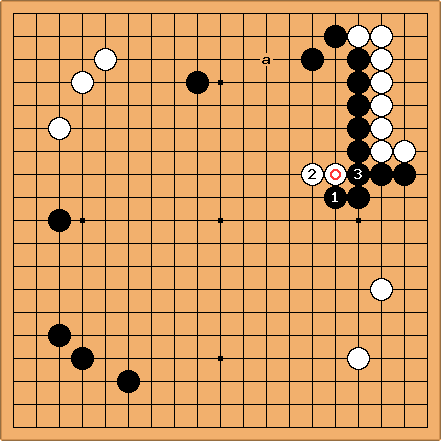 Now the task is to formulate an heuristic rule to choose a proper reply.

and will keep it as a ko threat. Later, if a fight develops in the area, moves other than 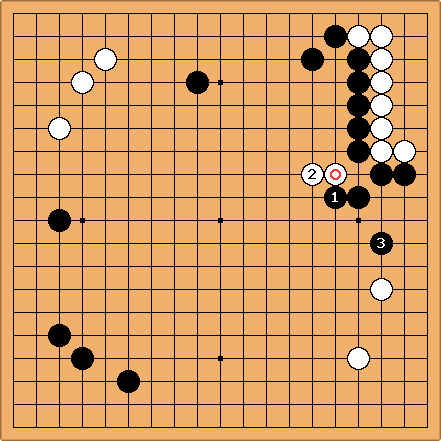 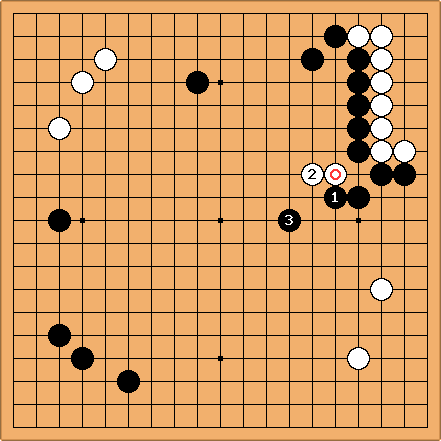 And while Alain has a point about White's not playing

right away, if White plays elsewhere, the exchange of

is not good for White. The following looks more realistic: 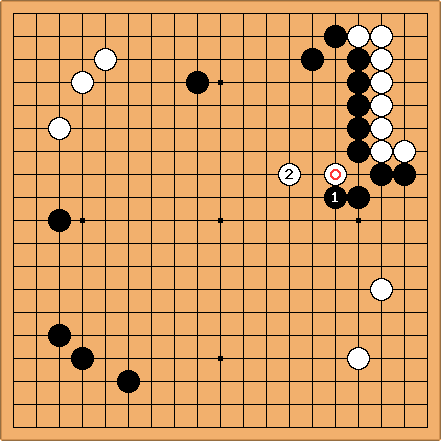 is lighter play, but there is now no immediate threat to cut.