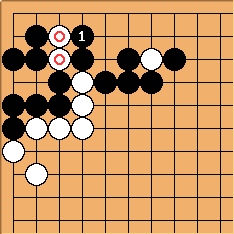 If Black first, playing at

captures the two white stones and the question is over. 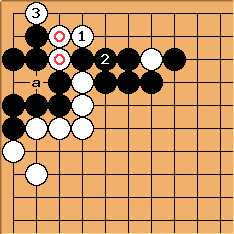 It is more interesting when White plays first. White

ataris to increase the liberties, followed by the hane at

to prevent Black from making two eyes in the corner. Note that White can throw in at a any time, so the eye at a has effectively only one liberty. 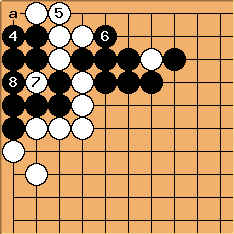 The correct move is Black

, which may be a blind spot for some. It prevents White from creating a ko there. Up to Black

, White is unable to make the approach move at a due to a shortage of liberties. This is a typical case of a capturing race where the group that has an eye kills a group that has no eye. 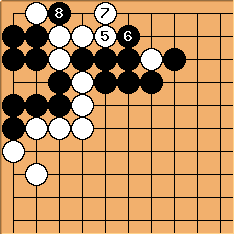 here are tricky: it actually attempts to make a seki. The throw in at

destroys the possibility of White making an eye there, and is the only correct move. If White

, Black will play at 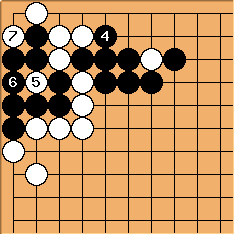 in this diagram is wrong. White makes two throw ins at

, and fights a big ko in the corner. 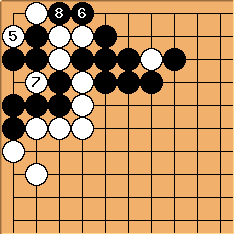 here would be a careless mistake. Note that

captures three White stones, so there is no ko.

Conclusion: The two marked White stones in the question are dead.