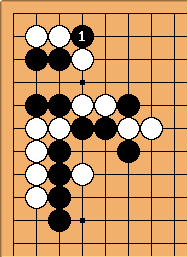 is now a cutting point that white simply cannot stop. No matter how white responds, something bad is going to happen. 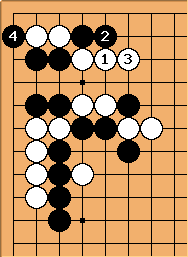 If white tries resisting by extending to

kills the two stones and black lives in the corner. 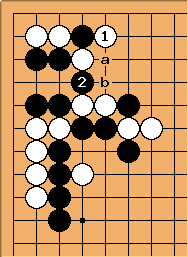 If white plays atari with

plays double-atari, threatening to capture at either a or b. 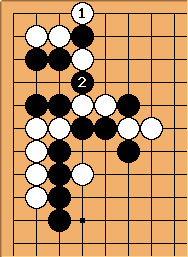 The atari from the other direction with

is pretty much the same thing. 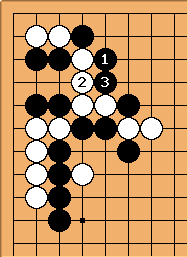 If white simply plays tenuki, black gladly takes the opportunity to kill with 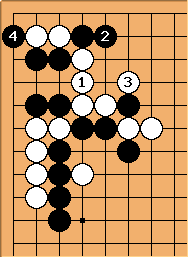 threatens to kill the white group anyway, so

is neccesary, while also building enough liberties to play

, which kills the corner.

I'm waiting for a stronger player to approve this before I move it to the Solution page. 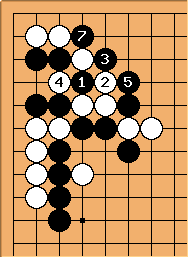 Dieter: My first thought was this squeeze sequence. If 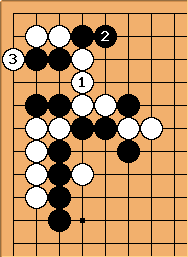 unkx80: Good one Hikaru79, I did not think much about the cut. But

is tesuji, so I do not think it is going to work. 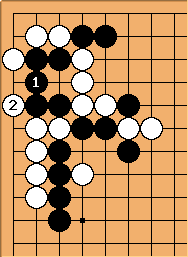 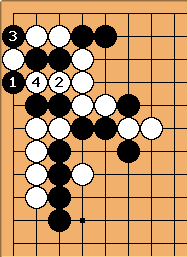