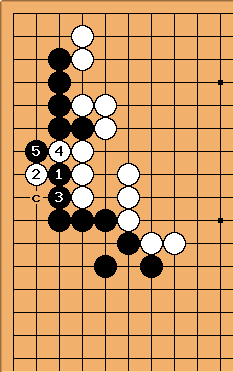 demetria: Here is a different solution which I think works. Playing the point of symetry, black can connnect before white can stop him. Trying to capture

doesn't work because it can connect to stronger groups first. After that black needs to take or capture the cutting points. I think this will allow black to successfully make life. I think it's also possible to distract white if black cuts at A, threatening a capture. 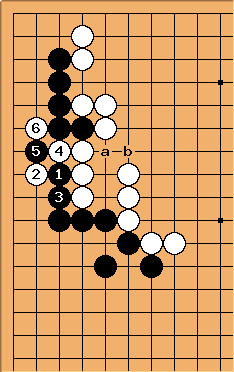 stone. Also, for black cutting at a, white b captures the cutting stone easily. 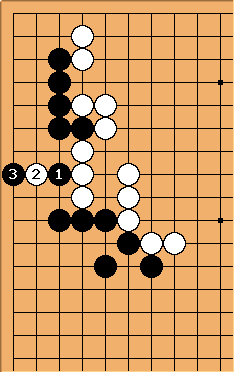 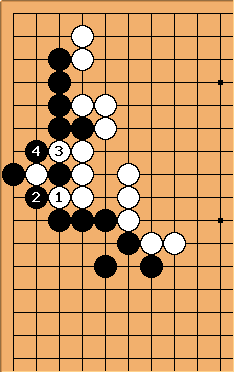 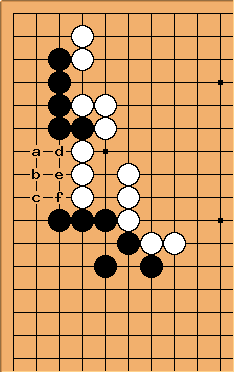 ChrisSchack I believe Black can connect by playing at a or c in this situation, as follows (this is the difficult situation): 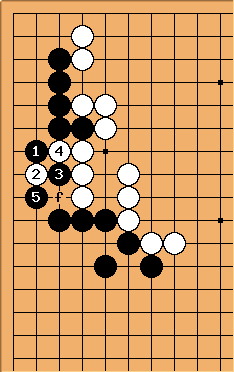 Note that playing 4 at f leads to the same situation

xela: playing 3 at 5 instead is also interesting (but it doesn't work) 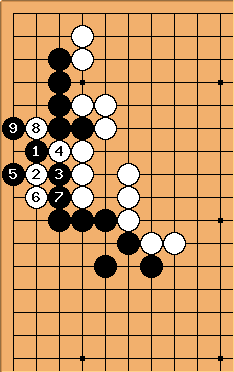 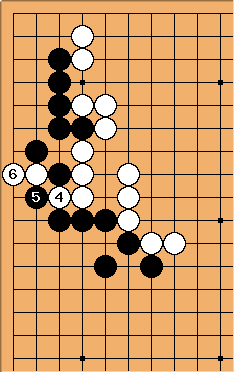 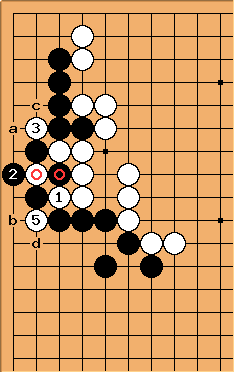 Now if White a Black c, if White b Black d. Each White group is contained and will be captured, and Black connects.

unkx80: A hint: Must White 1 capture the marked Black stone? Can White 1 be played elsewhere? 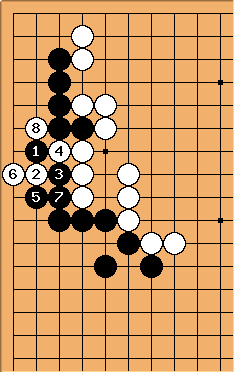 Confused: Not capturing may be better for White. 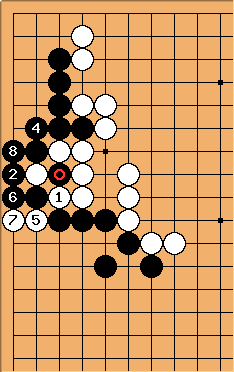 White's blocking group could try to run, but the Black position is really too close and strong, as is the edge... 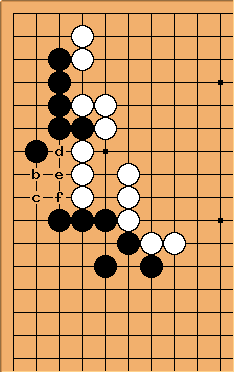 c and f are miai, if d or e then b, and any other points should be simple.

Dieter: So far for a and c. With this in mind, e will prove not too difficult. And if b is simple to you, you are passing the stage of beginner.

ChrisSchack Same thing as in games, I'm missing the obvious. In this case, that I had NOT dealt with b as I meant to try... 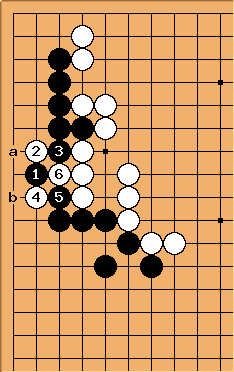 Confused: That doesn't work too well for Black either. Playing 3 at a doesn't connect the groups either, although Black may have a better chance of living with both groups. 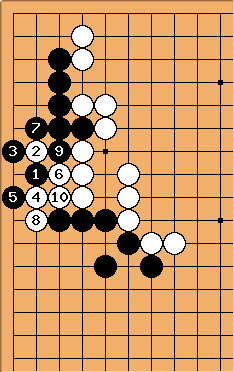 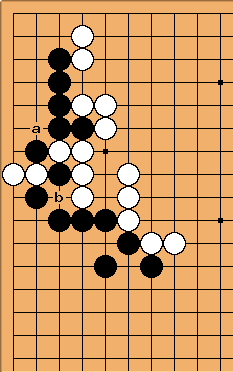 Klaus let´s do a summary:

a and b are miai for white to cut. This position can arrise in various order. It proofs, that in the initial Diagramm (see below) a (and c) and e fail.

However, f seems to fail too (Bf We, Bb Wa now c and d are miai for white.)

xela: after Bf, Wb also disconnects (and looks to me like a better shape). 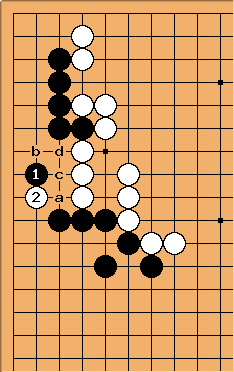 In this diagram I see no solution eather, White will next play a and if this is not possible, switch to b (threatening c or d to cut)

So Black can not connect?????? I always thought, I am not a beginner anymore, but as I can't solve this, I have to reconsider it....

Hikaru79: Actually, you've got the answer. The question was "Can black connect his two groups?" not "How does black connect?" Your conclusion that they cannot connect is correct. 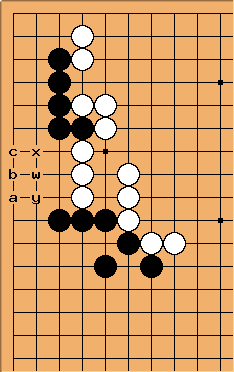 Playing low is useless, White chooses w and continues with a bamboo at x or y (miai again)