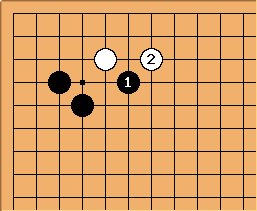 Dieter: in a recent game of mine, playing Black, White played

, which is considered a joseki. In the analysis, we both agreed that Black should now extend along the left side, which was open except for a white stone at 4-4. 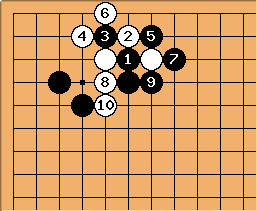 is basic instinct. The ladder worked. However, White can cut at

. I didn't mind so much about the cut, because White wasn't alive yet, so I'm sort of playing on both sides. 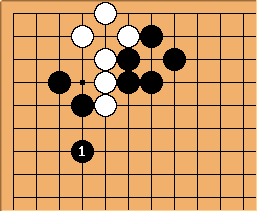 In the analysis and with hindsight of the game, we agreed this was bad for Black. However, I found a pro game on gobase which goes exactly like this which means at least one pro thought this result was playable for Black. 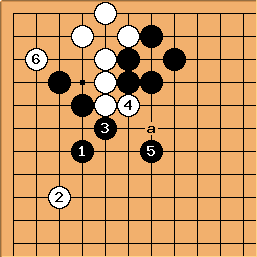 was an aggressive play. Black locked up White but the latter lives with territory at

. Now the question in the analysis remained whether Black a was urgent or slow. In any case Black is not completely connected even after a and White then has territory and sente. 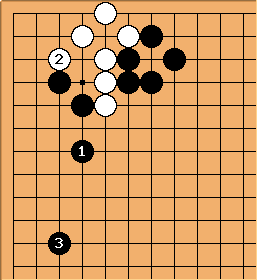 This was the pro continuation. It makes me think that the corner and the side are kind of miai. So perhaps ... 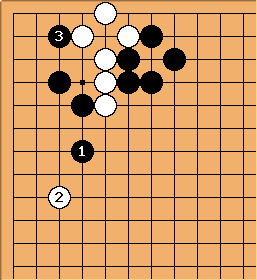 ... Black should have taken the corner instead of locking white up.