I played this game yesterday. Can anyone explain why pros never play this pincer? 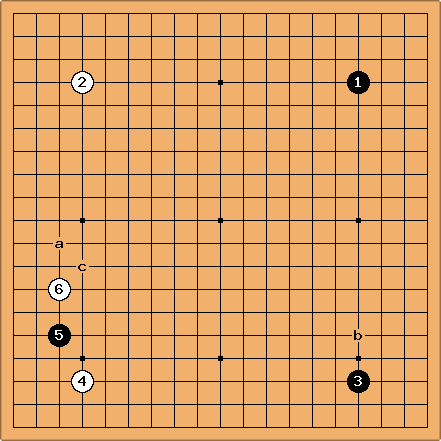 After Black plays the one space jump, White should keima (to protect the corner stone), but that requires later adding an extension on the bottom, which is slow. White could play a two space jump, but that's also (Eidogo-certified) slow. -Slarty

tapir: Isn't "White should keima" an overstatement? It is only one of several possible moves.

at a, b or c seem to be the common ideas among professionals. My first thought: With a and c White remains in safer? distance if Black strengthens itself by leaning on

Bill: The closer the pincer, the stronger is the jump out response, in general. That is because of the possible counterattack against either side. Even hundreds of years ago, top players began to prefer two space and three space pincers. Objectively, we cannot say that this pincer is bad, but it gives more opportunities to the opponent. 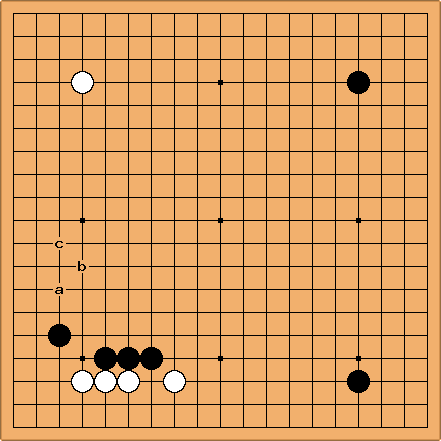 Would you prefer a, b or c now on the left side?