I ended up with a group with the corner eye space shown below, but with a few outside liberties, after playing badly after white double approached in response to my attach-extend joseki. I wasn't sure whether it was alive or not, so I played on the marked point. Does anybody know about the status of this group? I can't find it with a diagram search. The black stones are in the same shape as an L group, but moved out diagonally one space away from the corner. 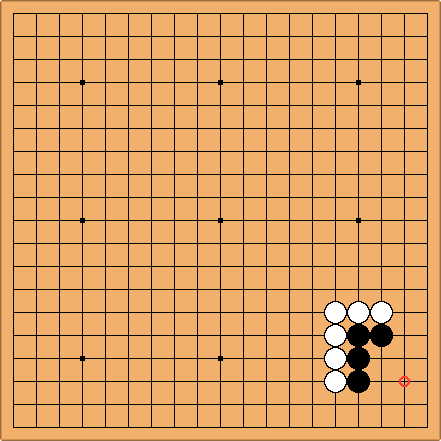 Dieter: The reason why you do not find this in a canonical form is probably because it hardly turns up as a result of common invasions or corner exchanges, contrary to the L-shape, which should not turn up (because it is dead) but which has a bigger potential for turning up and is particularly interesting for its extensions (L+1 etc).

So maybe it is more useful to post the game sequence and analyze what could be done to prevent this shape (because it's not a particularly good one), rather than finding out how to deal with this shape when it turns up again.

Black can either reduce White to 3 liberties or jump out at b. Black can also play c or if White plays there, further reduce the liberties with d.

combination, White does not yet make two eyes: she needs a plus b or c, it's not her turn, plus Black can escape to either circled point, so this capturing race will be in Black's favour.

At a first glance, Black is alive and White cannot live behind the lines. However, if White has a few more stones down the sides, Black may come under pressure of finding liberties to deal with white men behind the lines.

Andy: White doesn't have to live in the corner. White can try to make nakade with rectangular six in the corner. Although, it looks like this won't work since white can't force black to fill

to capture this shape. 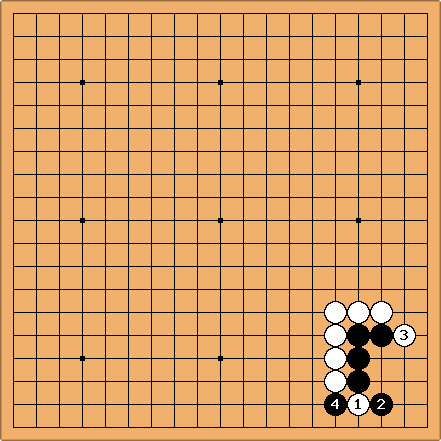 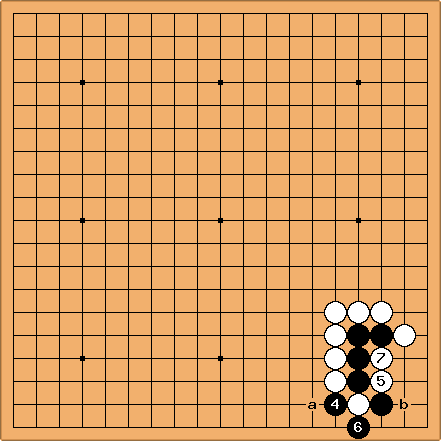 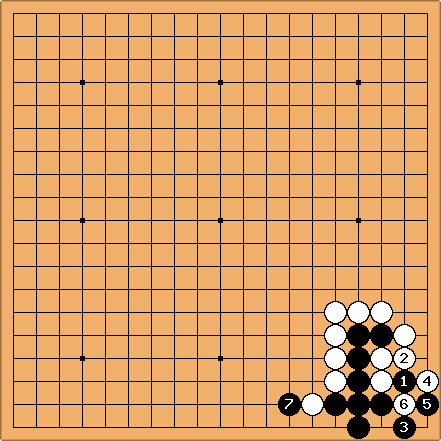 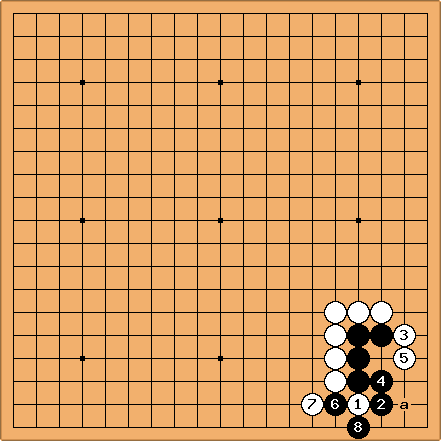 Slarty: Above, White can force at the point below

before killing in ko at a. 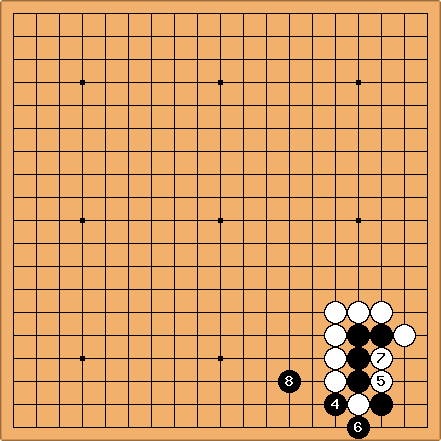 tapir: Ko (or even the awkward escape in the last diagram where White captures 4 stones in sente -> magnificient thickness) should imho be enough to answer the original question. If White can reduce the corner in sente and Black isn't even unconditionally alive after that: Black evidently should make a move. Regardless whether he can live or not. (Even though there might be even better ways to play for White I would stick to the hane here for now - I am pretty bad at reading open ended situations - playing an invasion at some vital looking point without reading it out seems a slippery slope to me.)