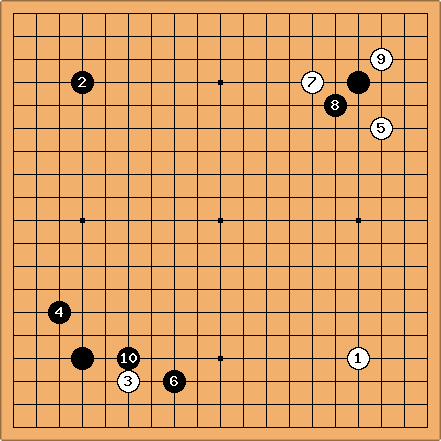 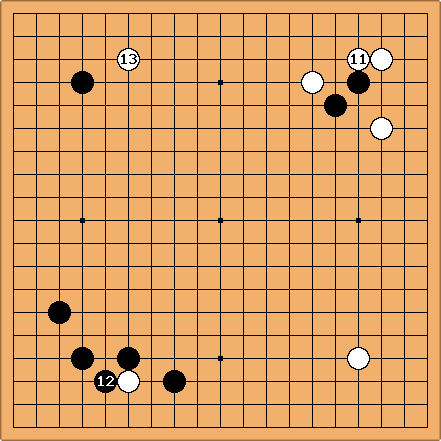 Tapir: When I was playing this exchange during the opening today, I thought White has the better of it. (I was White.) But in the same time I felt pretty strange, for I have really no systematic grasp when I should answer and when not. If this is so, I actually have no clue about the urgency / size of different opening moves I told myself. And this is pretty pathetic for someone calling himself Shodan, isn't it?

I was caught a little off guard by someone playing tenuki so relaxed in a handicap game, but the question it posed, is the next move in this corner larger than the next move in the other corner, is a question I don't often ask myself. How do you cope with this?

Bill: Back in the 1970s Maeda Nobuaki came up with the kosumi of

as a reply to a double kakari, followed by tenuki, as part of what he termed the Ultra strategy. Black goes his own way. :)

is perhaps a little slow. 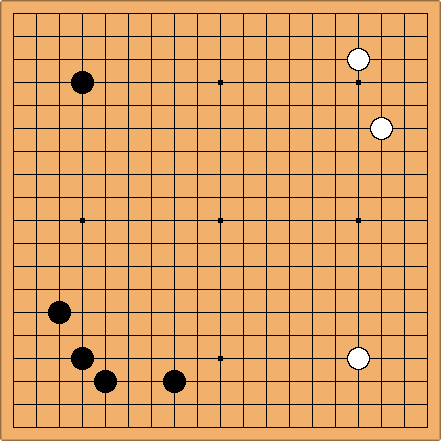 A rough tewari indicates that Black is falling behind in development. Apparently he did not read Maeda. ;)