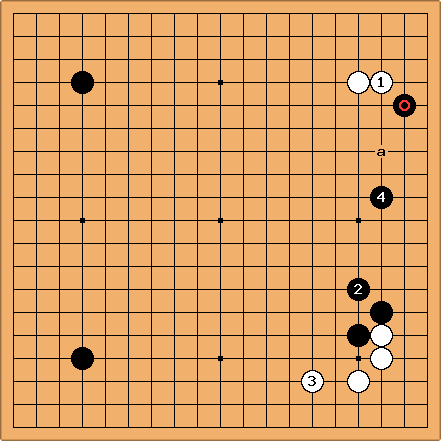 If White protects the corner, Black comes back to complete the joseki. Now

lies in support for dealing with a White approach at a, which is also awkward shapewise.

fractic: I think this result is OK for Black but not that good. White can't play a but Black has lost much of the corner aji. But I think this is the worst answer by White. 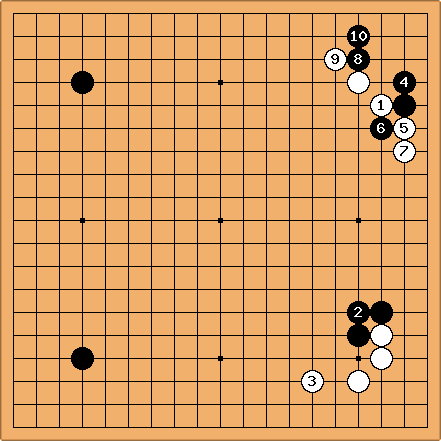 takes the outside, Black makes a solid connection with

, then lives in the upper right. 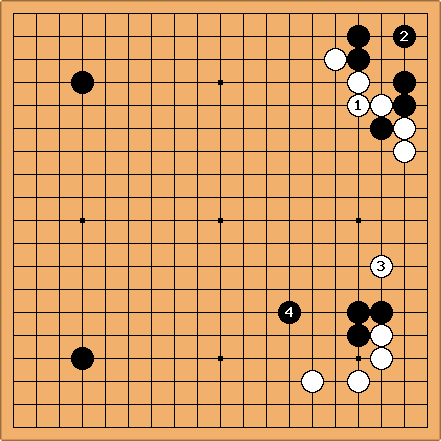 Next, White attacks the three stones but they escape to the centre in good shape.

fractic: I don't like this so much for Black, I think white is making a lot of points and the clump of three black stones feels a bit heavy. How about not connecting with

in the previous diagram but living in the top right first? This feels lighter to me. 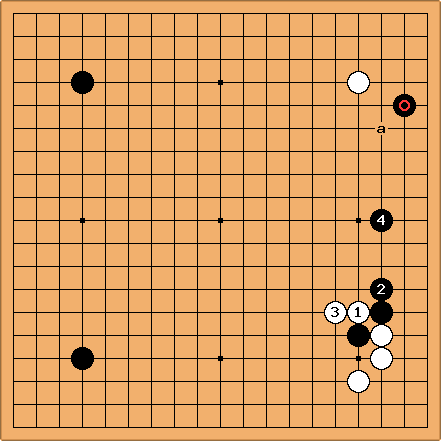 Now the obvious move to me, when Black plays such a low approach as

is to tenuki and punish Black for not connecting. White cuts with

and to my eyes Black's position is low and can be kept low with a move at a next. What do fellow deshis think?

is in a bit of an akward spot but it looks playable enough to me. I'm not really strong enough to have a definite opnion on this but It's an interesting idea for sure. I'd have to try it before I could say any more. I'm more familiar with a similar probe.

Slarty: a seems an overplay...black can push and cut, then when white extends, the ladder is good for black, who takes the 3-3. Alternatively, black can push and clamp, for as much territory on the side as white's corner. Both white groups' influence is unfinished, with development hindered by black's hoshis.

tapir: I would caution against "don't know this move, must be wrong, how do I punish" idea. In fact, you find surprisingly many games in the database with this approach (though not in this exact position). And I would likely cut here too to see what my opponent has in mind, if I lose I have at least learned sth. As local answers I wouldn't assume the iron pillar as the necessarily best one (it might be when you want to attack hard - but here Black has stones along the edge, so you won't attack and the iron pillar leaves you with bad endgame here). How about the 3-3 point? 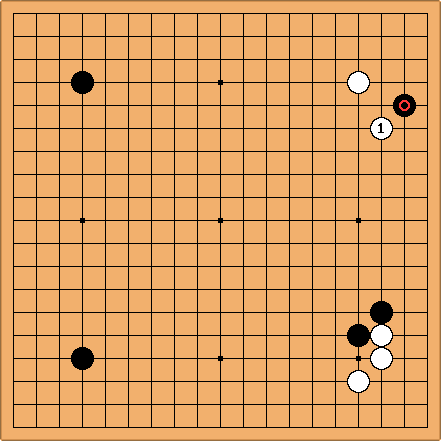 (After ten minute's thought) Perhaps a first is obvious? 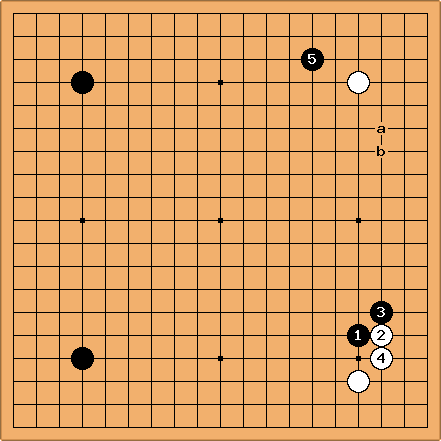 as a probe. to solve the same problem. You want to see if white answers at a or b. 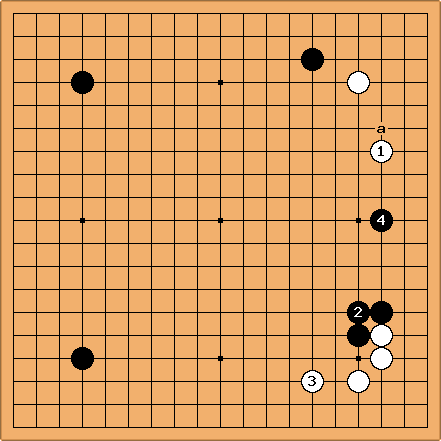 fractic: If White plays b then Black holds back to

and now the corner is more open than if White had played a. 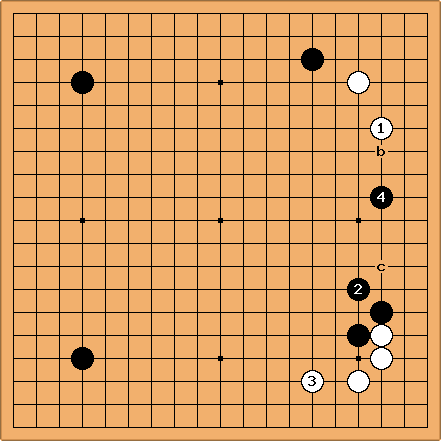 fractic: If White plays a then an invasion at c wouldn't work as well as when White would have played b. However according to after joseki White can just invade anyway and then there are a lot of variations. But I don't have access to that book right now so I can't supply them at the moment.