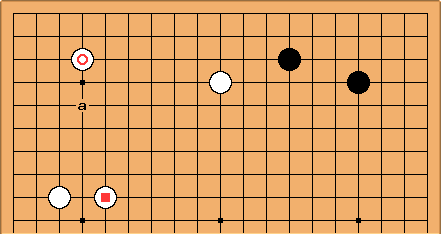 Andy: The entire book KeshiAndUchikomi is dedicated to how to handle komoku-based enclosures. It's a good read.

xela: Yes, but this isn't an enclosure, and I don't think you'll find it in that book. Normally white would play around a before jumping to

tapir: I simplified a bit from the real game, it wasn't 9-3 and 9-5 but similar strength, say the strength evolved naturally :) 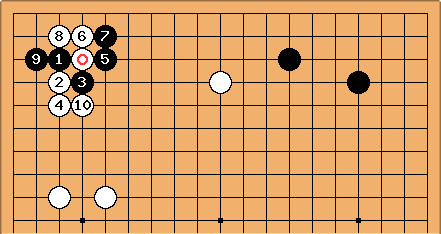 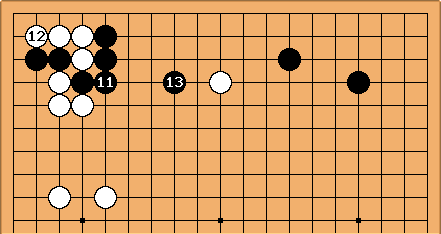 tapir: I feel white didn't handle this correctly, say I was happy after 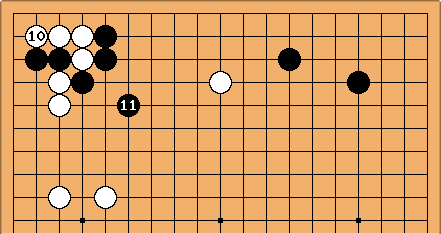 Bill: I am more at home making frameworks than invading them, but here are some thoughts. 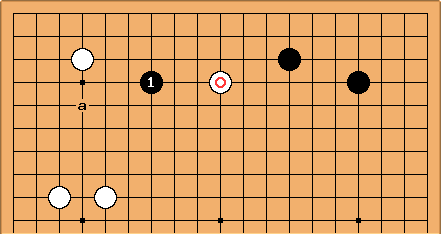 Bill: In general, I think that the best invasions combine the invasion with a pincer. 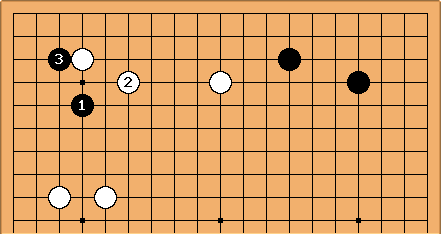 Bill: Starting with an approach may work, considering that if White extends to the right, White will have an open skirt there. Still, I like the first plan better. 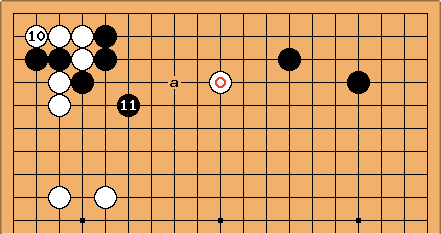 Bill: I do not feel that this puts enough pressure on the

stone. I would rather see

here looks stronger to me than the osaekomi? in the actual game. 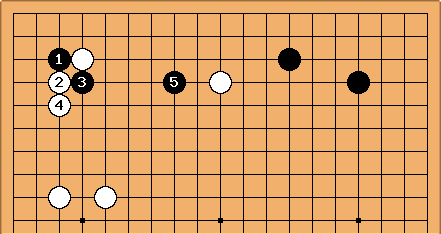 Bill: But really, Black has several ways to play the corner. So my inclination would be to leave it as is and play