kb: Here is the position after White 22. 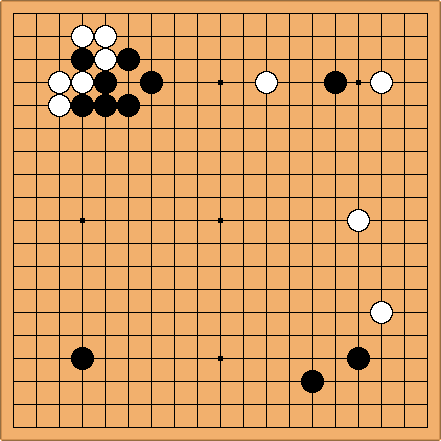 I (Black) played the large knight's move from the top right, and we played out the following joseki: 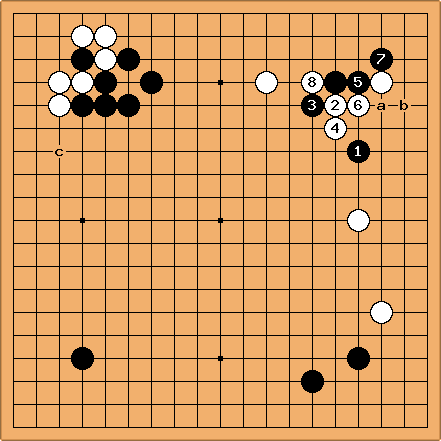 deviates from the joseki (at a or b) and cut. How would you handle this position as Black?

Also, how should I take advantage of the White tenuki from the left side Taisha joseki (Wc is joseki)? 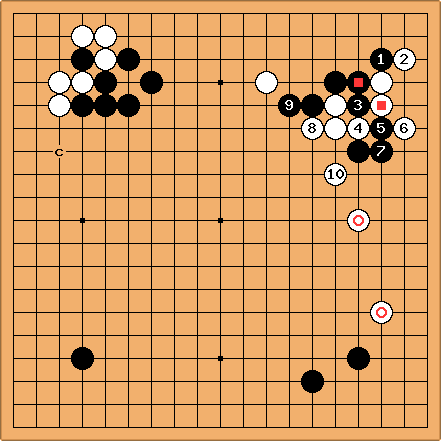 Herman Hiddema: First I'd like to note that black cannot really play this joseki with the

stones in place. If white answers

, black is in trouble. Normally, this wouldn't work because of the cut at

, but in this situation, the

stones are perfectly positioned. After

, the black stones are dead. But if black ignores 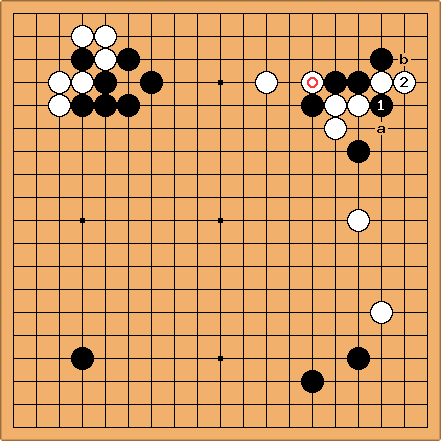 Herman Hiddema: Here's some thoughts. If black cuts at

, anything else is wrong. I would like to play

at a, but white will play

at b and it'll be a complicated fight, which actually reverts to an old joseki (where white plays double hane at b, black cuts at

, black plays a and white cuts at 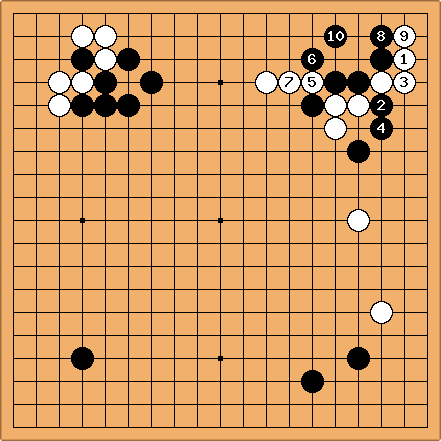 Herman Hiddema: This is the old trick play variant I was talking about. 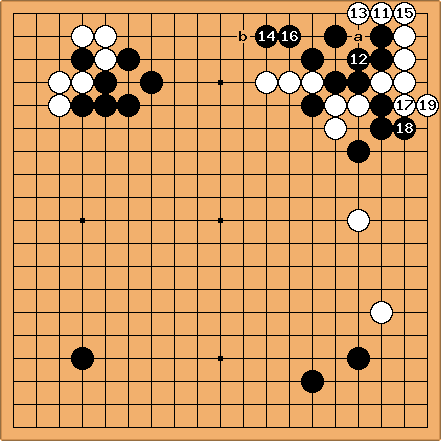 Herman Hiddema: If white tries to kill by playing

at b (after black defends), black will throw in at

and white will lose the capturing race. 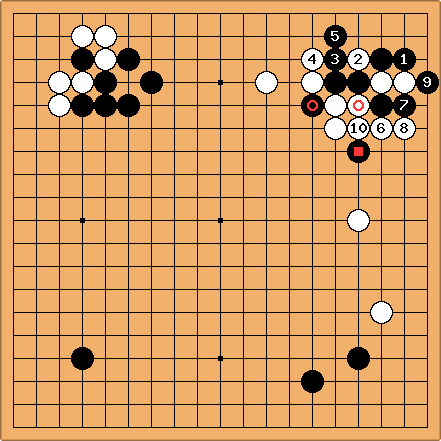 Herman Hiddema: This sequence is one option for black to keep things simple, Black gets about 15 points in the corner, but gets mostly sealed in.

is wasted after this sequence.

still has aji because it is a cutting stone. Black keeps sente. 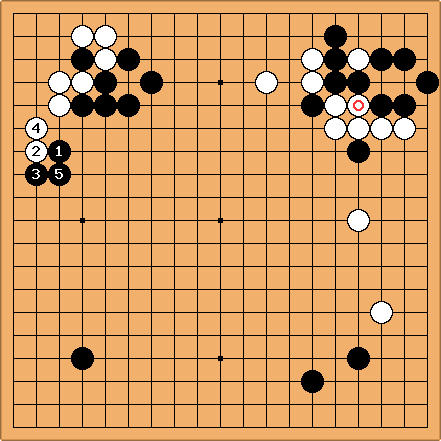 Herman Hiddema: As for the Taisha continuation, here's one way to play, sealing white in the corner.

atulab: warning: last time I played, I was 15k, and it was like 2 months ago ^^ so I may have a lot of things wrong anyway, here's my thinking on the upper right corner 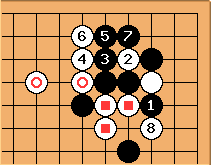 My first thought was that white had split himself by playing 28 in the original game, which seems wrong ... so my first idea was to mess around with the squared stones by playing 1. Then I saw the sequence

(which I'm not sure how to answer, but I'd capture here ^^ 15k greed). This doesn't seem good to me: 1-the circled stones were weak: now they have a base 2-the squared stones will either link with the circled stones or seek reinforcements on the right side. Either way, black's stones there seem of little value so white avoided an attack and gave black a little territory ...

So I'd play this: 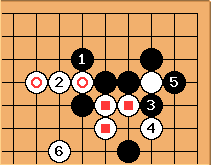 captures ^^ I'm not sure of the best play so I just put it here because it's pretty. I feel this is better because: -white has gained almost no influence whereas black has a nice corner -it's sente (or it could end up in a very hairy fight ^^) -white's moyo on the right side is still open

please excuse the smileys ^^ I'm completey addicted to them :-p