Imagist: I am rather fond of the wedge, so this comes up often in my games. I have a difficult time reacting if white plays differently from

. This is rather difficult because I'm asking about a lot of variations, but I hope somebody can help. 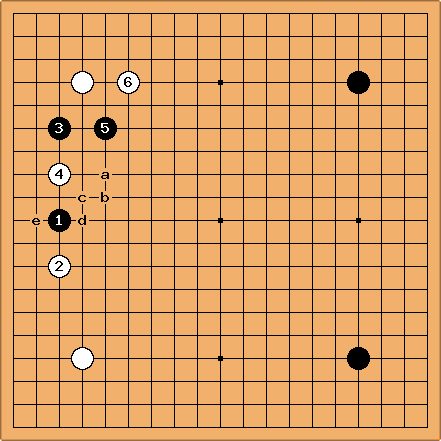 , I am pretty sure that

is correct (and then I like black c), but I have difficulties if white plays one of the points a-e instead of 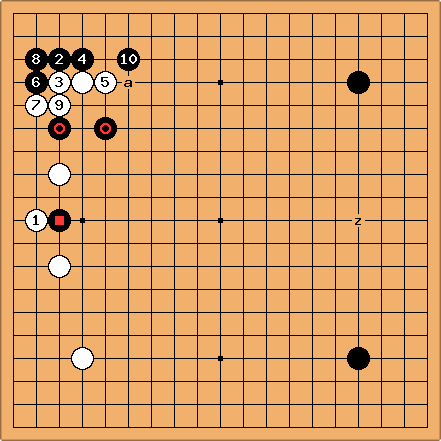 Take for example this

. If I attack the corner with

, but after B0 the marked stones come under attack. If

at a, white takes the corner and black's thickness is not well placed, and if black at

splits at a, creating a fight where I can't get consistent results.

Andy Pierce: Why don't you like your thickness after you confine white to the corner with

at a? Doesn't this work well with black's other hoshi stones? Black is going to come out of this with sente and can take a big point like z and treat

as a forcing exchange.

Imagist: The stones on the right are merely for example's sake; recently I have been playing komoku more often than hoshi. 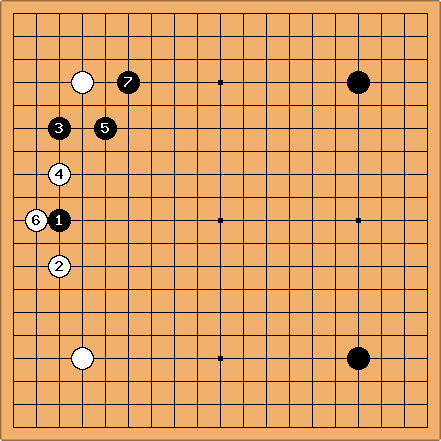 Chris Hayashida: I agree with Andy, but I think you're missing his point. It's not that the lefthand side works with the hoshi so much better than with the komoku. It's that it's more that it's to Black's advantage to surround White anyway. 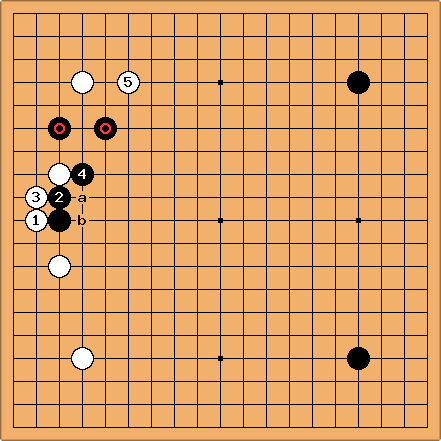 Imagist: My second idea was to take thickness, which has become a big part of my style lately, but after

, black's shape has too much aji to be thick. If

at b seems to benefit white even more.

Chris Hayashida: I will try to explain in another way. If White is willing to tenuki and not play

immediately, then it should be to your advantage to play first in that area. The problem with your example is that you are following White around the board, and then he goes back and plays

, and then suffered no loss in the corner.

To put it another way, what is the purpose of

I'm not sure if this will help, but I think it will point you in the right direction.

BTW, I'm not sure

in the diagram is a good move. You're allowing White to connect his stones.