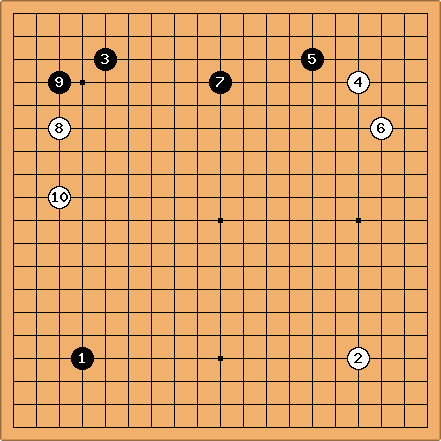 Dieter: From a recent game of mine. After gobase analysis, I found out that

is a natural place to counter Black's top influence. 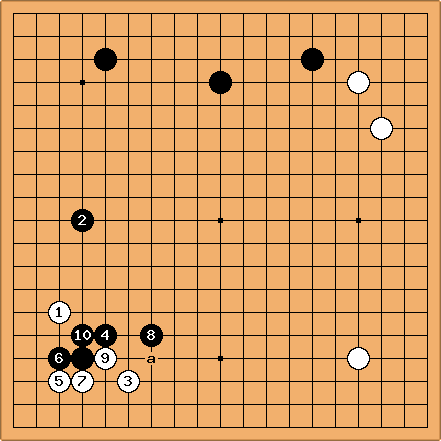 Instead I approached at

extension makes a nice moyo, which is difficult to invade. I thought

is bad and should be at a, to prevent White's development on the fourth line and I still think so, but I didn't find support by gobase analysis, where both moves are about as frequent. 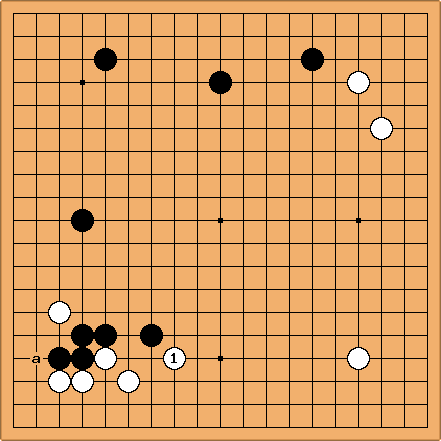 Somehow I omitted a which proved to be a fortunate decision later. 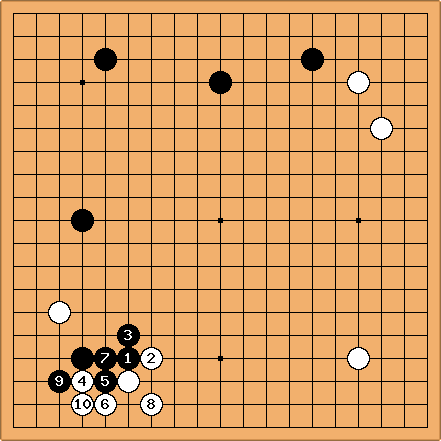 We analyzed the other joseki choice 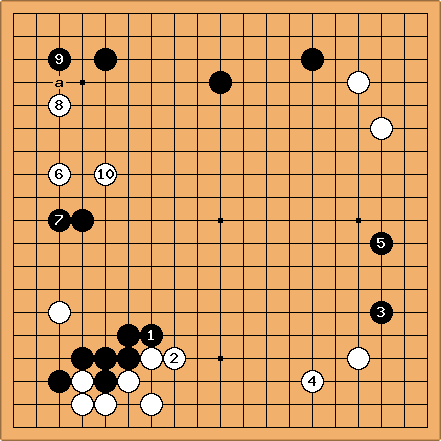 Let's play a few moves on the right. The crux of this BQM is

. I thought it was better than a, because that move was pincered in the game (with different conditions on the right side). 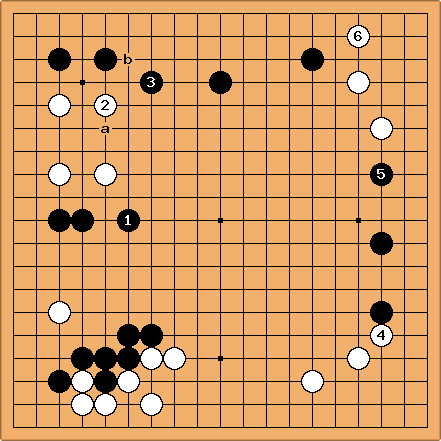 is urgent. Our analysis of Black's attack at a proved it to be devastating and moreover, White b would be a strong follow-up of

White seems to have a good opening but I can't see a definite advantage. 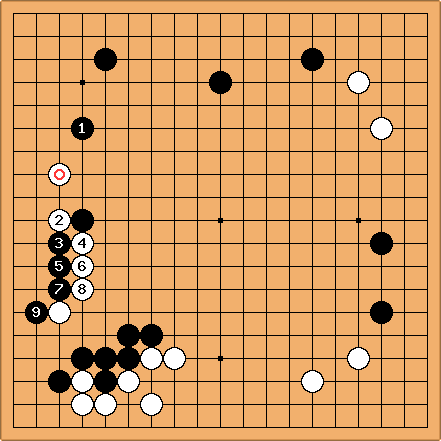 Slarty: If Black isn't content with that opening, how about going on the attack with