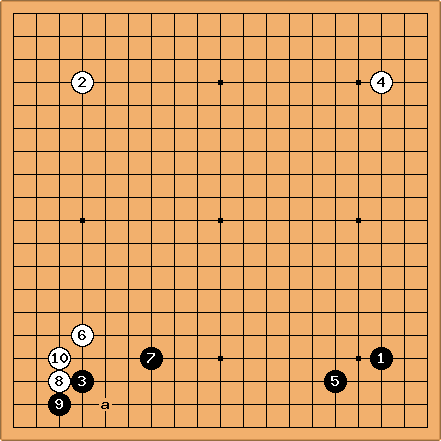 Calvin: Here is how the game started.

is uncommon, but I don't see anything specifically wrong with it. At this point, I expected black to play at a, after which I would extend on the left side, which would return to a common 5-4 point joseki. 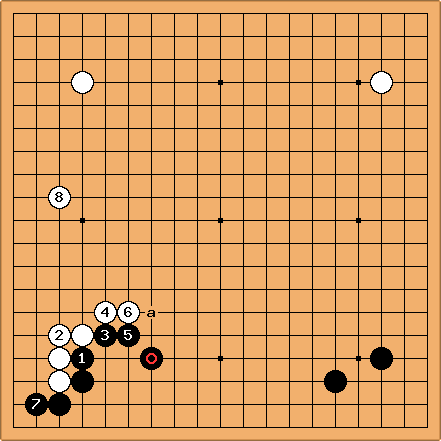 , which I consider bad. I thought a bit before playing the intuitive move

, but what I read didn't seem favorable for white.)

seems to make black kind of thin, and I think

may be a mistake. I'm not sure white got the best result here. It is true that

now seems to be in an odd location, but it is also not easy for me to find a good place for

looks good to me. But I would have played 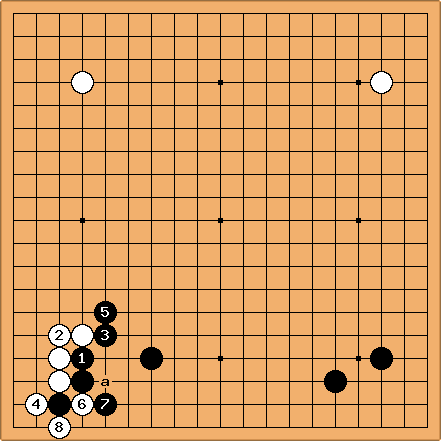 Calvin: In my self-review, I considered that

might be better. Even if black gets ahead with

, white lives easily in the corner and preserves the aji of a. If

and I think white's okay. But it's also gote. But this is a kyu judgement, which is why I ask the question. 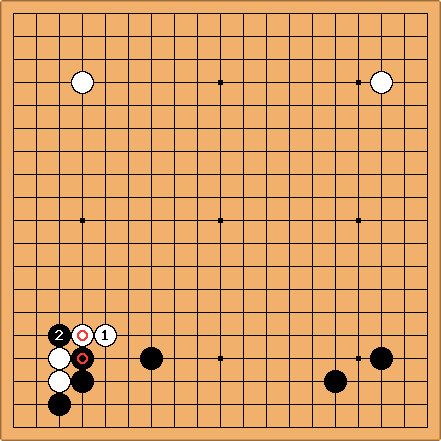 Bill: Generally, the move to make

, to see the exchange,

, as merely strengthening White. But what if 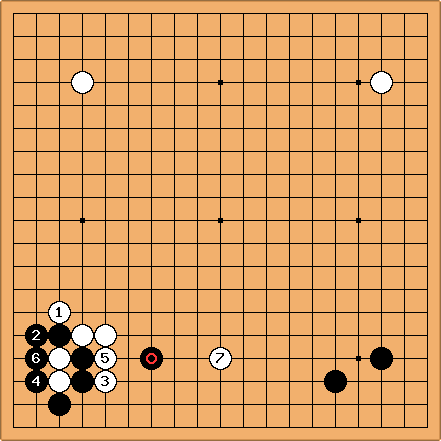 Bill: How about this? White gives up the corner and attacks the 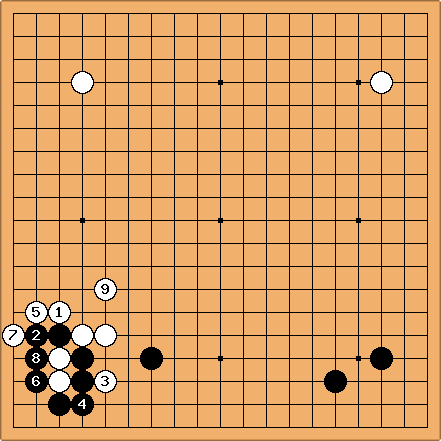 , White can simply make thickness, leaving the aji of 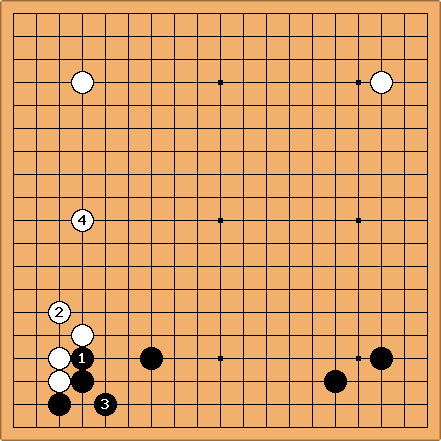 Bill: Your connection was fine, but I would have preferred

. I doubt if Black has anything better than

, although it is an admission that 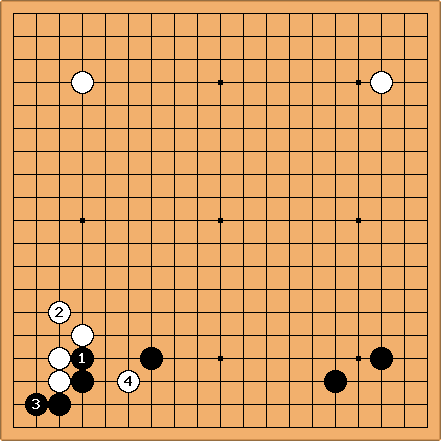 Bill: Black would like to play the nobi at

is awkward for him. 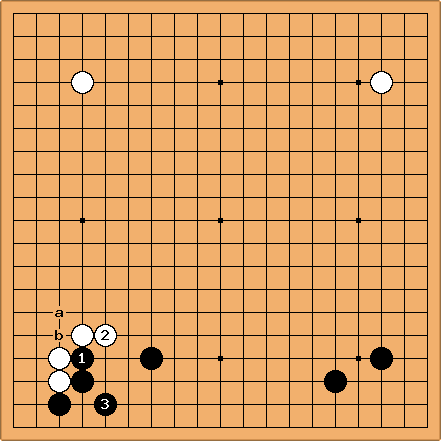 Bill: Hmmm. If Black reverts to

, even though it is an admission that

was not good, I think that the connection at a or b is better than 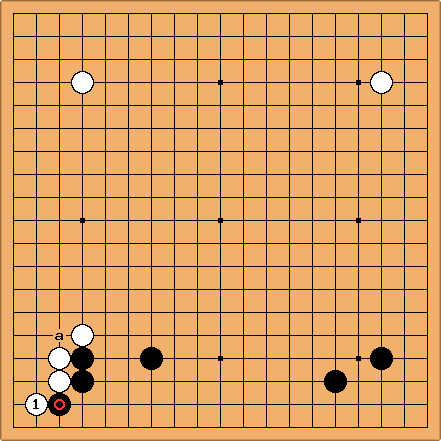 Calvin: Thanks for your comments, Bill. It's good be able see these alternate plans. I was fourtunate enough to get at ask Mingjiu Jiang 7p this question, and he said that it is very big for white to take

immediately. (Of course, as is his teaching style, he isn't going to mention what happens if black cuts at a if don't ask, and since I didn't I'll have to look in that myself. But since white has the option of capturing

Bill: Thanks, Calvin. I am confident that Black's nobi at

is not a good response to White's tachi, and so I still think it's another way to play. However, Mingjiu's block makes me wonder about whether the threat of

in the Awkward diagram is good enough to prevent the nobi (

Assuming that Black connects after

in this diagram, what is Mingjiu's follow-up for White? 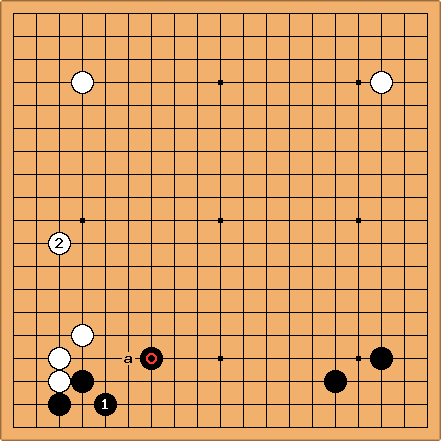 Calvin: If black had protected at

makes a shape that is not desirable. One would rather have

at a. So this result is good for white, too.