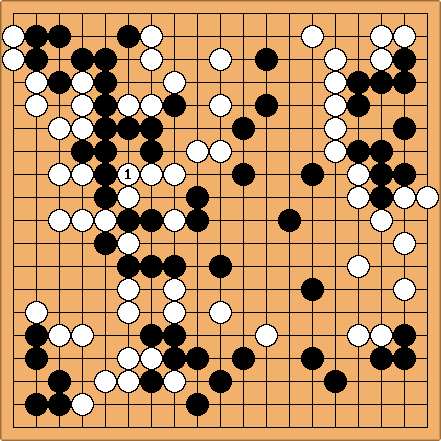 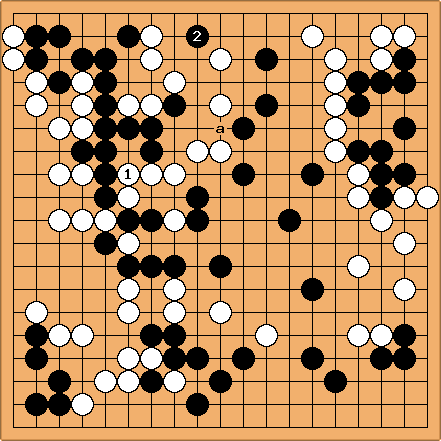 Dieter: What's the source? Indeed, Black has one eye now, but I haven't figured out what happens if Black counterattacks at

, using the potential cut at a. 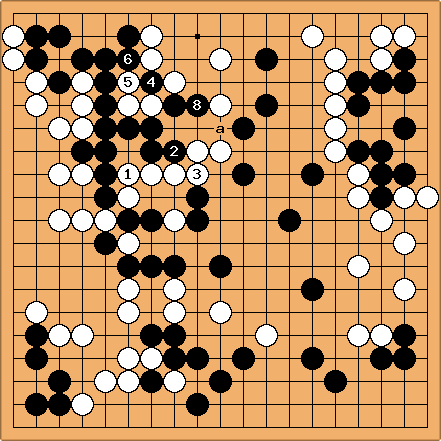 IanDavis After some forcing moves I believe White runs out of liberties first, but it seems a rather odd problem to me. 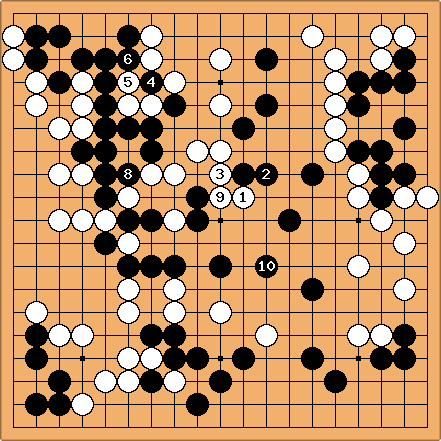 Bill: This position arose in a castle game in 1857 between Yasui Sanchi and Shusaku. Here is the actual continuation. Black won by resignation soon afterwards.

Bill: Barney has run into a problem that is familiar to me when playing over professional games. Sometimes it seems that one player can kill an opponent's group, but does not do so. Later the apparently killing move is not played, so we do not know how the opponent would have responded, and the commentary says nothing.