Herman Hiddema: In a discussion game of a group of players (including 3d and 4d players) against a 5d player who held the white stones, the following position occurred 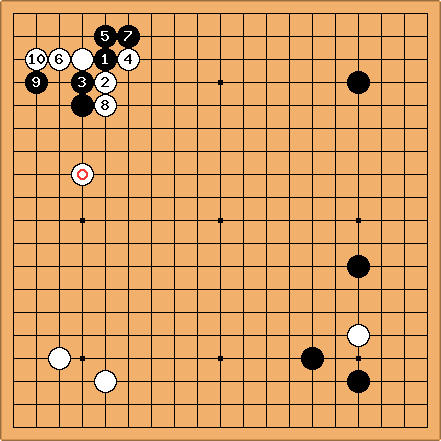 Herman Hiddema: After the pincer with

, black chose the joseki starting with 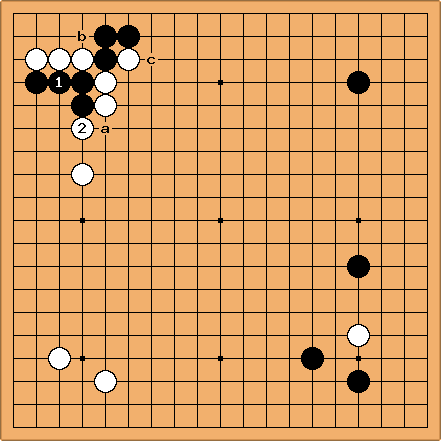 Herman Hiddema: After the joseki move of

, the normal move would be for white to play a (followed by black b and white c), but White played

instead. Does anyone know if and how black can punish this move? 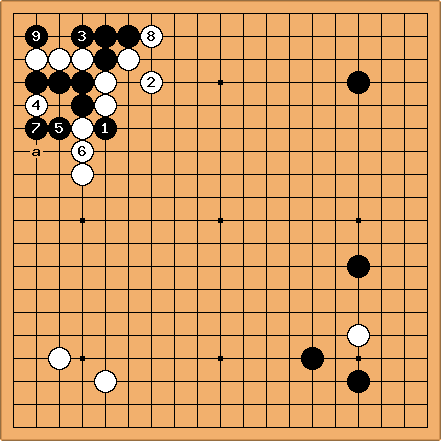 Herman Hiddema: In the game the group voted to cut at a, which resulted in this diagram. I think this is a one-way street, no deviations are possible, but please correct me if I'm wrong. I didn't like this result. Exchanging

is painful, and the fact that

is sente is also painful. Also white has a good sente endgame move at a left.

Bill: By the end of this variation, the exchange,

, doesn't look so good. Maybe better to skip it. 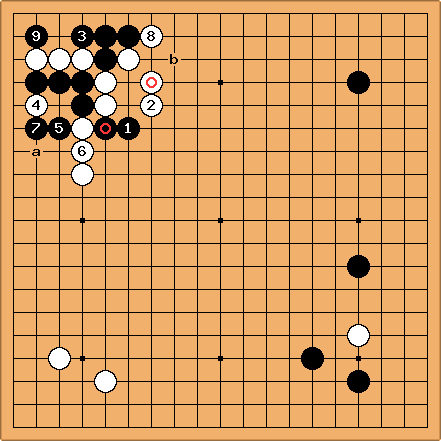 Dieter: I think after

, Black can strenghten the cut in sente (there is a ladder), then proceed as in the previous diagram. While there the cutting stone could be captured in a net, here the two stones have much more potential. Yes, a is sente, but b is a shape ruining move for Black to keep in reserve. 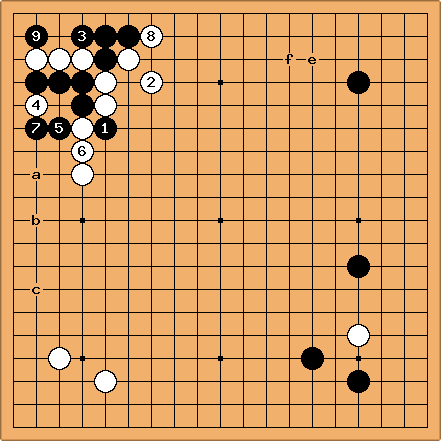 Velobici: Taking a whole board view, rather than thinking in terms of punishing a deviation from joseki, the following thoughts occur. Black has gained about 20 points of territory in the upper left. While being sealed off from the top, Black still has access to the left side at a. White's shimari in the lower left places emphasis on the left, yet Black can consider playing at b and connecting back to the upper left at a or extending to c depending upon White's reaction. The White wall faces two black stones on the fourth line which limit the wall's usefulness.

can be regarded as light, perhaps using threats of connecting it outward to limit further any white gains from her wall. Is the whole board position bad for Black ? I wonder if White has not punished herself in selecting this joseki. Play on the left can be regarded as miai with play on the top at e or f. 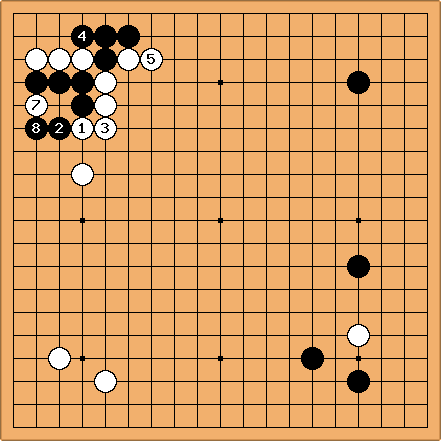 Bill: What about the simple response,

? This is like the joseki, except for the exchange of

, Black can reply with 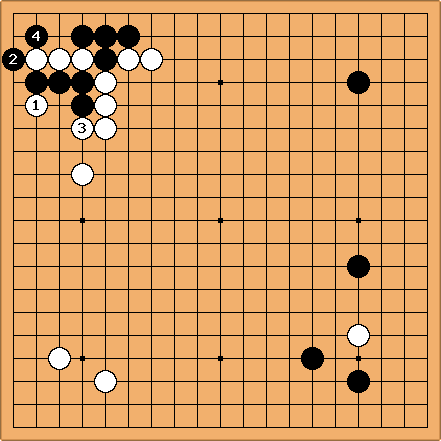 Bill: Compare that with joseki, where White has the kikashi, 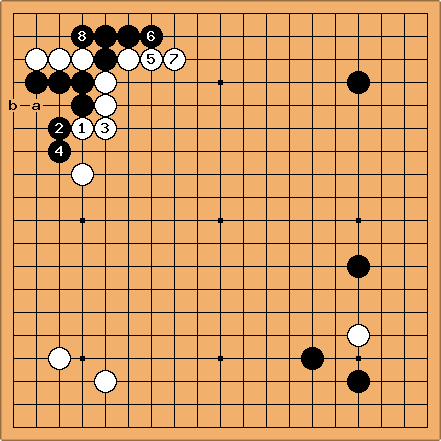 is the play. One point being that Black can answer Wa with Bb.

, which would be sente, I believe. (Black does not make this play in the joseki, because White still has the kikashi on the left side.) 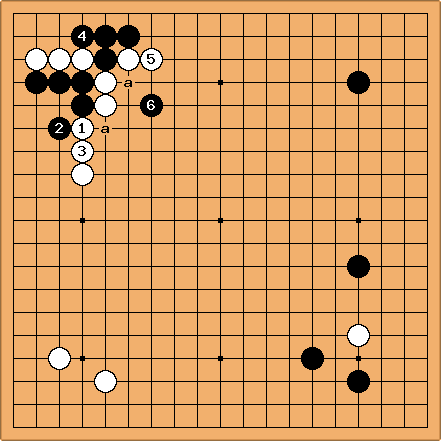 is a possible attack, given the cutting points (a).