This is from a 2-stone handicap game (blacks turn): 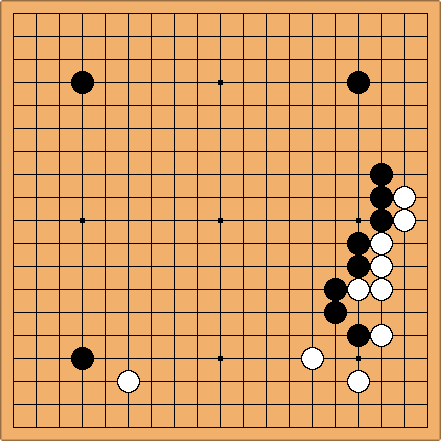 My feeling is that Black should have a good game.

How should Black continue and what would be plans for White? 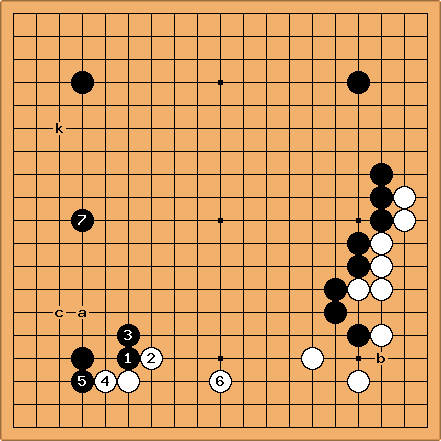 Alex: You're right that the position is good for Black. As much as I hate the tsuke-nobi joseki (because kyus play it all the time when it isn't appropriate), here it's not such a bad idea. Key thing is not to play

at a, since that's too slow. Anyway, like this, Black controls the centre, and should have an easy game. Note that White still owes Black a move in the lower right. Black can cause a lot of damage with b.

at c to take sente, then use it at b or the top side star point.

tderz: the stone count is 11 black to 10 white, hence it is not a handicap game. Still, White is (over?)concentrated very much on the right side.
It would be interesting to see how it evolved.[1]
I would not know any standard recipe except the vague "to cope lightly with Black's strength" and "play better sequences from here". Perhaps White k now. I just realize (

is the next move) that it must have been a H2 handicap game. This changes the "having an easy game" evaluation, because Black must know properly how to materialize the advantage of influence.
Furthermore Black is usually at a 1/2-stone disadvantage in the usual rating?handicap tables. 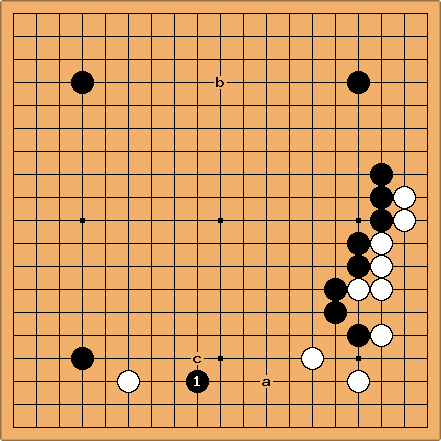 Bill: I think that Black has made some gains on the right side. How about

to make use of the thickness?

aims at Ba, which in turn aims at White's weakness in the corner.

kokiri - Black's wall seems to be facing the centre/top more than the bottom, and it looks like white can't make much across the bottom, with the aji on the right etc, so i would have a strong temptation to tenuki to play on the top. Bill - I thought you were the Tsar of tenuki - is it inappropriate here?

IanDavis I quite fancy a star point myself with b

zinger: Hmmm, I wonder if it is correct to apply similar reasoning here as in

this problem - which would mean the top side is the important place to play.

Bill: First, the spirit of thickness is to attack. Second, urgent plays before large plays. Third, to answer zinger, this kind of wall, unlike the one in the problem, does not need an extension. It has eye potential. (There are cutting points, however, which could cause a problem.) Also, the top side is not analogous to the play in the problem. Tengen might be. 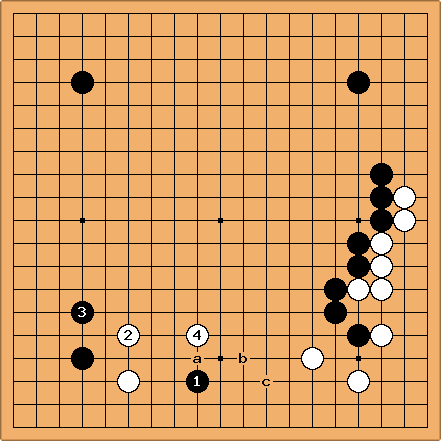 Bill: Also, because of

, I now think that

would be better at 'a'. Black would like to play 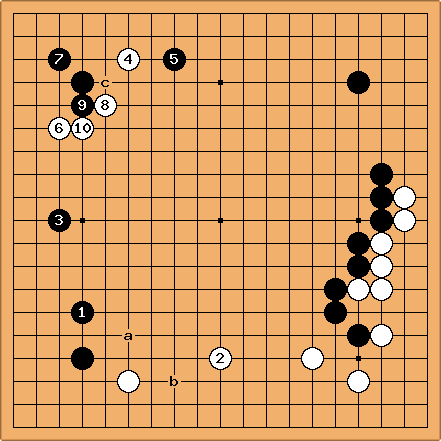 The idea was to split White into two groups and kill one of them ... Is that the proper plan for Black? Would

at c have been better?

KarlKnechtel: If you intend to split, then split -

Bill: Killing is too ambitious, but when Black has pincers on both sides, as here,

Alex: Yes. The problem with splitting immediately, with

, is that it allows White to invade the corner and settle easily, while treating the other stone lightly. Occupying san-san yourself forces the opponent to become heavy if he wants to seal you in.

kokiri: the game sequence looks good for black. With all the nearby stones,

and the wall lurking in the background, black should be welcoming the fight. 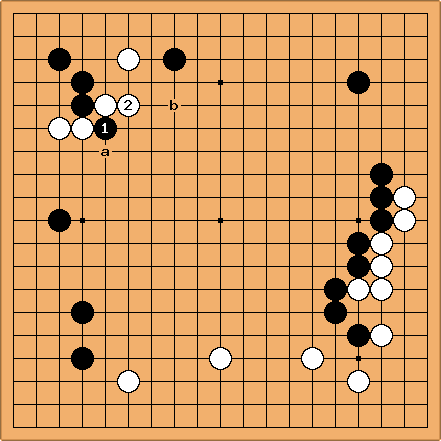 What is now the proper way to play for Black?

I would especially be interested in how to make use of the black wall...

at a looks automatic, after that, the way is not clear to me, but black sohuld be well placed to come out well from the fight

zinger: I can't see your a - perhaps it is below

? - which looks like a natural move. However, white cannot capture

in a ladder, so other moves are possible for 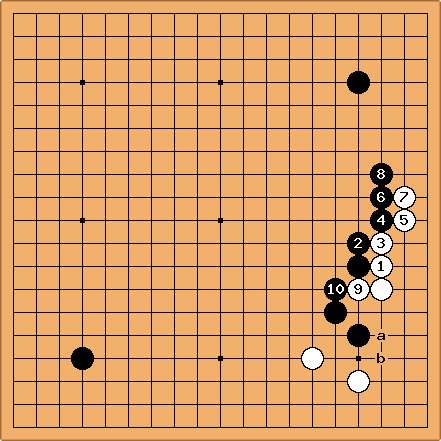 is an error. Better connect at a.

tderz Or threaten to connect at b, that looks lighter to me (and is an established sequence). 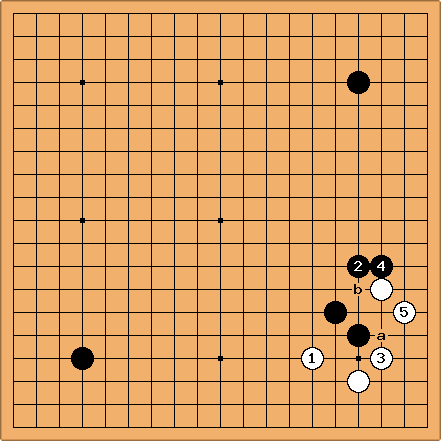 tderz: ... seeminglingly giving in, White still has the push/cut at b.
White a instead could lead to a direct separation of the stones with some (globally small?) white corner profit. 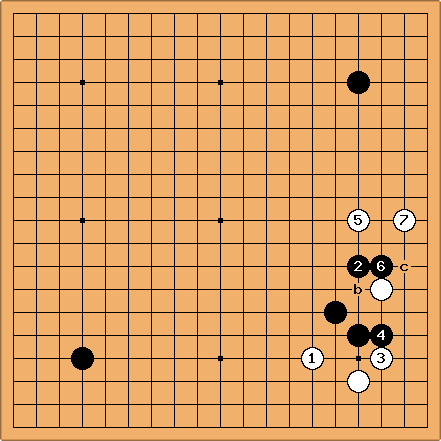 here would be extremely heavy and a feast for White.

still threatens something at c. 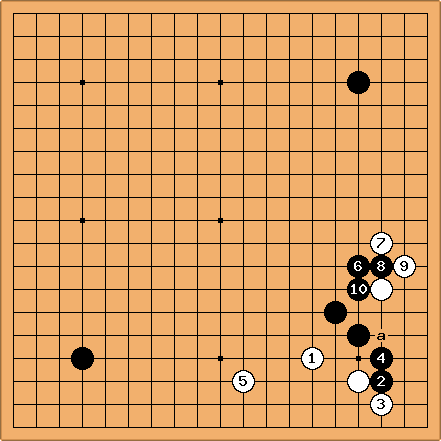 here).
This is a standard sequence too.