The following diagram comes from a game I was asked to discuss for the GTL. Where would you, not being caught up in the sequence of moves, play in this position ? Dieter 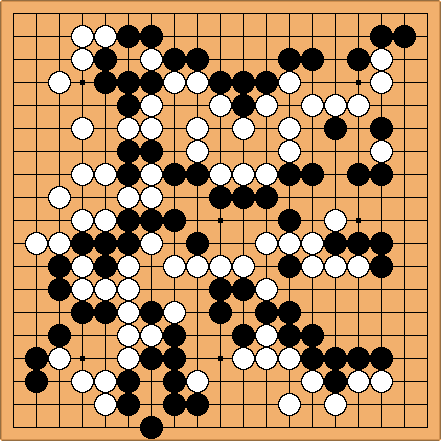 Charles Am I Black or White? It might depend ... 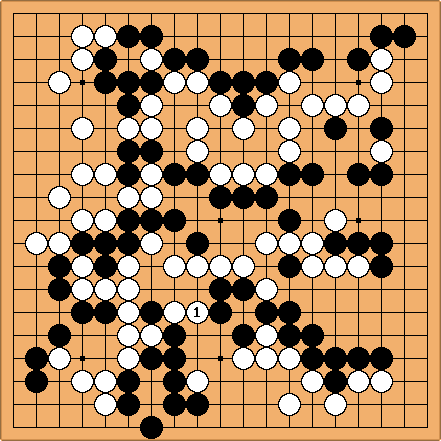 If it's White to play, it looks like White needs to make a big group live with 1 here. That's one eye, and there are two half eyes in this group. 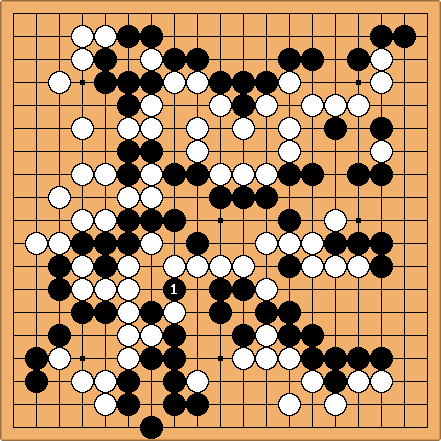 Black 1 here might kill White. I'd be somewhat concerned as Black, though. 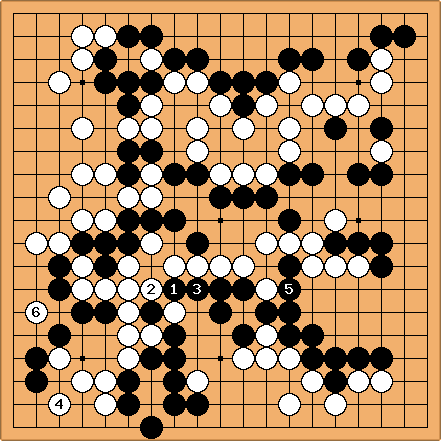 Isn't White 6 now a serious attempt to kill the corner? 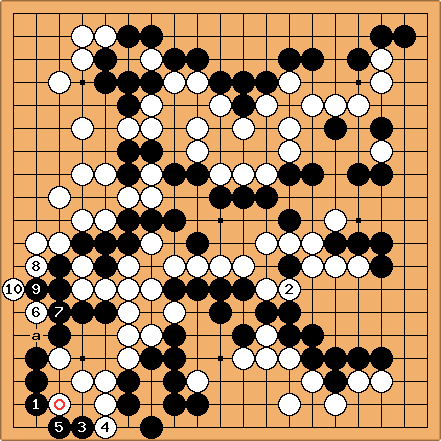 Is this the envisaged sequence, after White plays the marked stone? Now Black a does live.

Dieter: White to play. I didn't think of the aggressive attack Black has but I agree that the status of White's group is uncertain if not unsettled. The only Black group showing a weakness is the lower left corner. Therefore I thought that the marked white stone in your last diagram occupies a vital spot for both and thus must be the biggest point on the board. 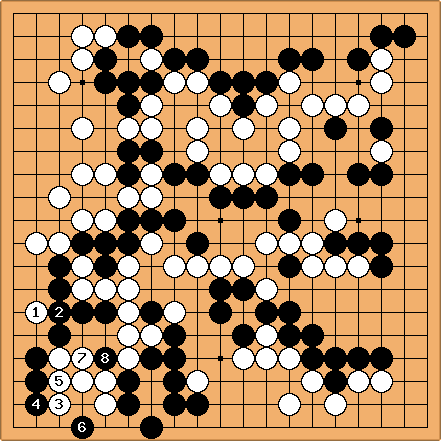 But maybe it is not very attractive ... 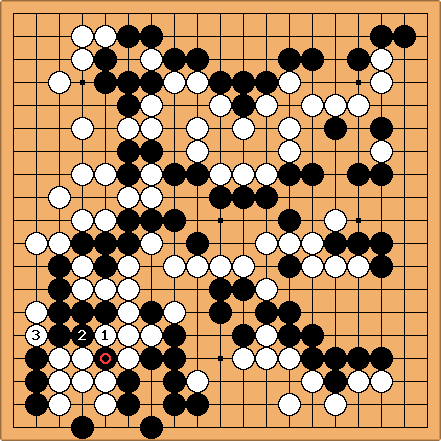 Charles Is that sequence right? Did Black play the marked stone to steal an eye? Obviously Black 2 here is wrong; so White is now alive after 1. That means Black's throw-in is wrong technique.