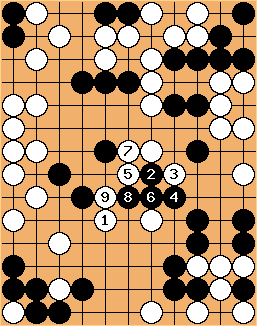 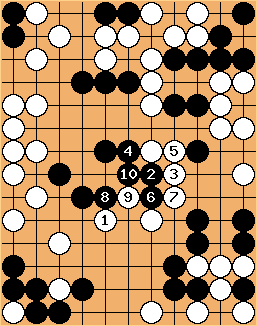 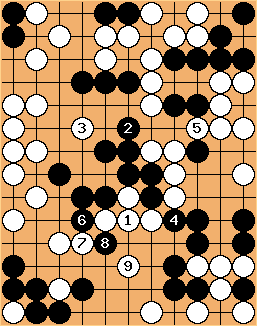 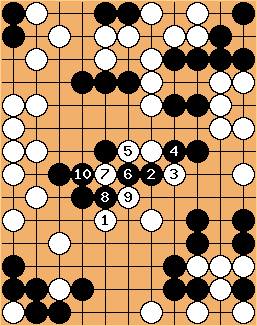 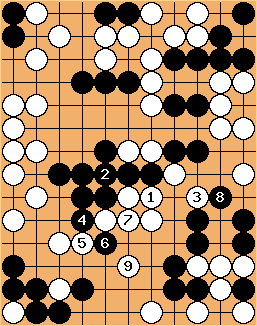 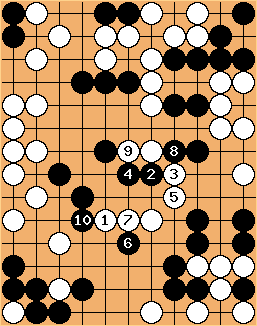 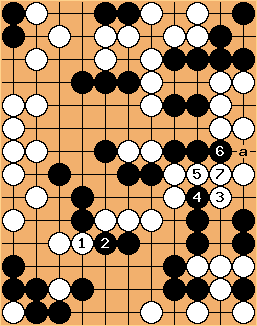 Alex Weldon: Robert's suggestion is what I played in the actual game. However, B played the following

, which isn't accounted for in Robert's variations: 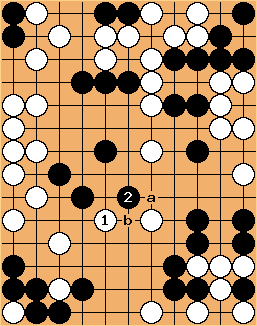 The variations continue to be complicated from here, but a and b are miai as far as I can read. If W b, B a connects out with most of the stones. If W a, B b seems to get either a ko to escape, or a ko to live. The ko to escape was what happened in the actual game, as follows (well, except for a couple of bad internal pseudo-sente moves after 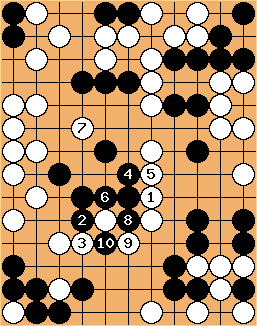 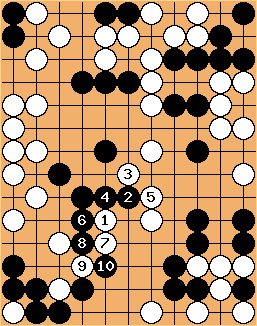 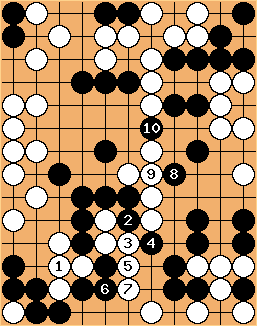 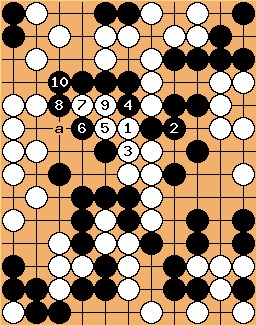 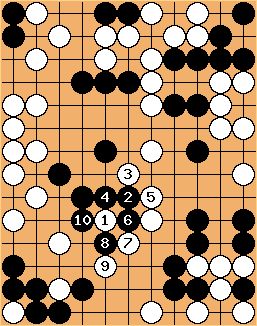 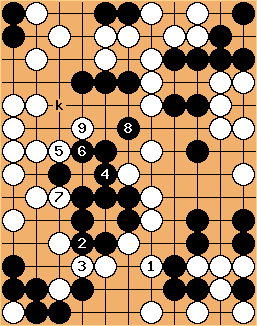 Robert Pauli: If White defends against the peep

in A6, Black plays 'k' for a second eye by ko. Could Black profit from peeping earlier? Seems no: 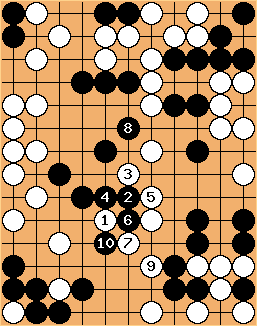 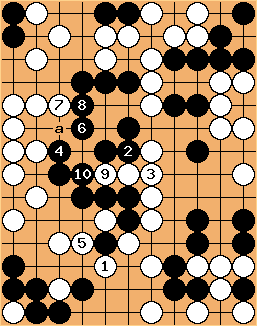 Alex Weldon: I cannot find any move for B that causes Robert's solution to fail. I say let's give it a week or so to let all the other dan players have a poke at it and see if it holds up, and if so, we'll call it solved. This would make an excellent Tsumego From Games, I think. The solution is really tough. If this works, kudos to Robert!

Robert Pauli: Tough indeed - certainly for me. Guess we'll never be sure if Black can't pull something. BTW, what about the rest of the board ?

Alex Weldon: The (commented) record of the entire game is at

Robert Pauli: Thanks a lot, Alex!

For reference, the complete

position is this one: 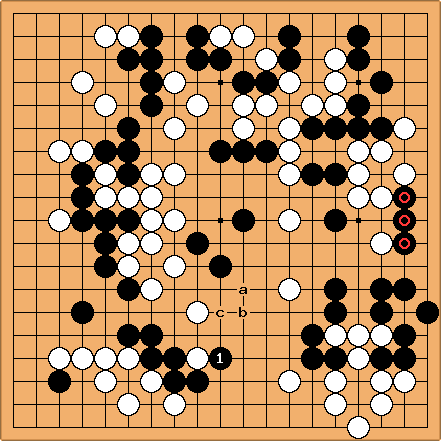 The question was if Black's center can be captured? I opted for a and, as it turned out, Alex did just that.

Anyway, the game went one to this: 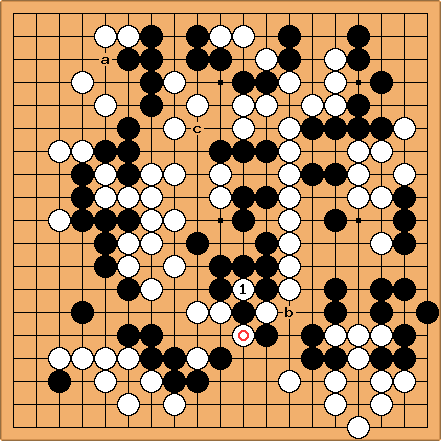 Now White took the ko, ignored the threat at a, and connected.

White came in quite a mess after Black continued at 3-3 in the upper left corner and White, unwilling to let go his two stones above a, allowed him to live . . .

above, couldn't White simply have skipped the ko by connecting at b instead? The marked white stone seems to escape -- either connecting with the center, the bottom left, or the bottom right -- and the capturing race in the center shouldn't be a problem either, even after a cut starting with c.