jfc: This is a position from a recent game of mine. While you are free to comment on the game as a whole, the big question mark is:

game was played on DGS. 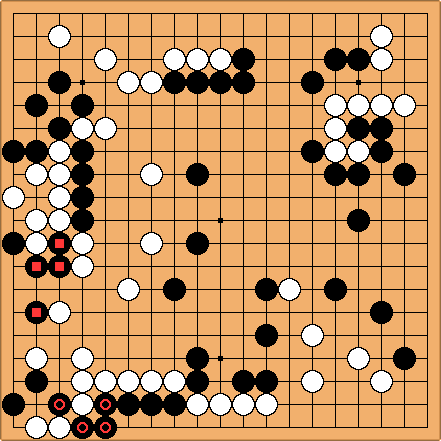 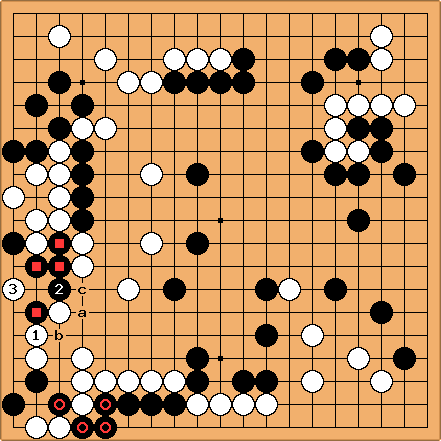 jfc: I spent a lot of time considering this problem before playing my move. I eventually decided that

here were best for white. Unfortunately I experienced a thinko and played

immediately, thinking I had played

, there are many variations but I believe that white can achieve the goal of capturing the marked stones. Given my assessment of the overall game I considered it a requirement that the

anonymous: Are you sure that works? - what is black plays atari connect? i.e. black a, white b, black c

jfc: I considered your sequence and I believe that white can enclose and kill black in the continuation. Please present any variation that demonstrates the contrary. 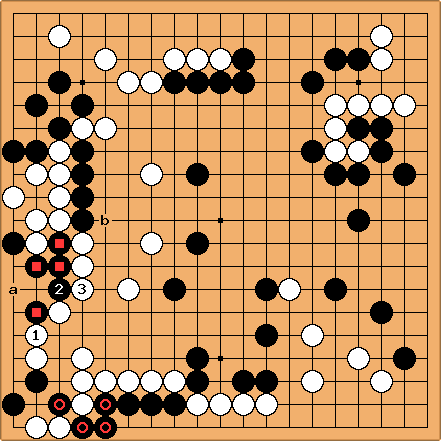 PatrickB: What about trying for a local seki and then killing the containing stones instead?

jfc: excellent idea! I'm amazed that I missed this possibility. I struggled for hours looking for a line that would avoid seki on the side when I forgot that killing the black stones up by b would break the seki. 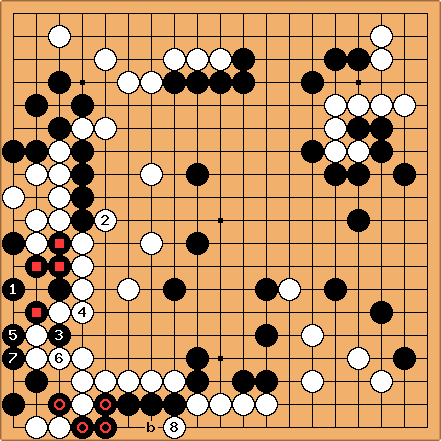 jfc: I was worried about black connecting his two marked groups as shown in this variation but as unkx80 points out below, if white plays

, black can't play b for another eye.

PatrickB: I will admit to having missed this line on my initial analysis. Good catch, and interesting problem. 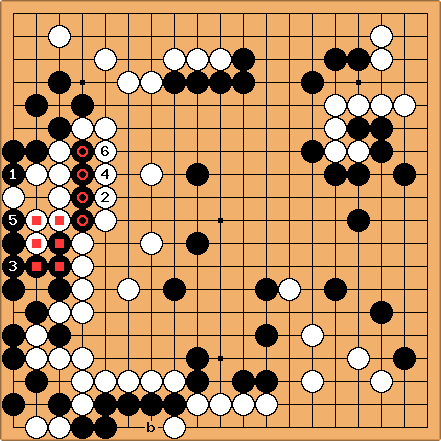 jfc: this race to capture is key. If the

group has more liberties than the 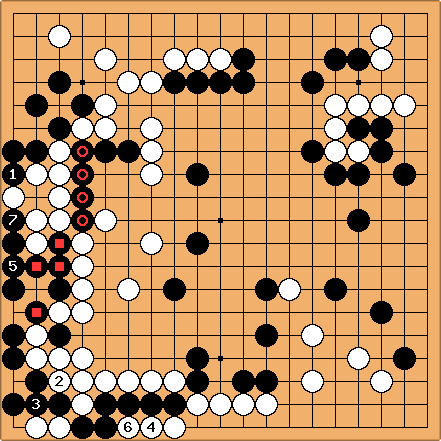 jfc: I've modified the position so that

has one more liberty than in the original diagram. In this position black wins the race to capture. 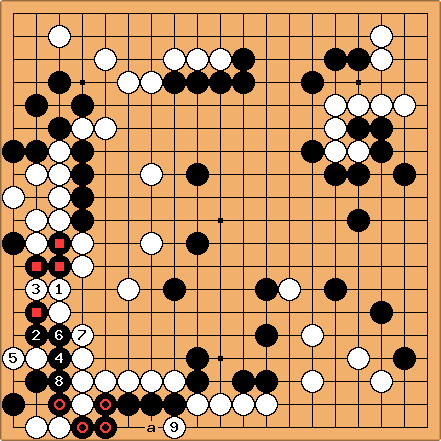 unkx80: I think this can be yet another option.

jfc: I'm so glad I asked this question here. Despite the amount of time I put in to this problem there are so many things I missed.

I had looked at this variation and was concerned that

would live here (with a second eye around

and can not make a second eye with a.