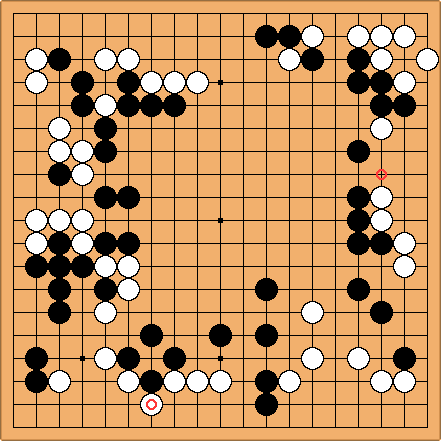 . Feeling, that I might be behind (as I alway do against stronger opponents...) I decided to start a ko sequence.

Charles Problem for Black: White has quite a thick overall position. So, not a great time to start a ko.

The indirect strategy of stirring up some trouble first is more suitable, in this case.

Possibly Black can play the right side in some way that yields some ko threats: and then go ahead.

For example, Black at the circled point: this looks like a good start. 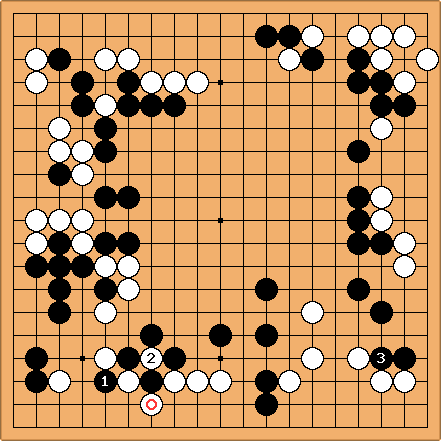 , I intended to find one single ko threat!

was my try, which I assumed, it might kill a big white group... 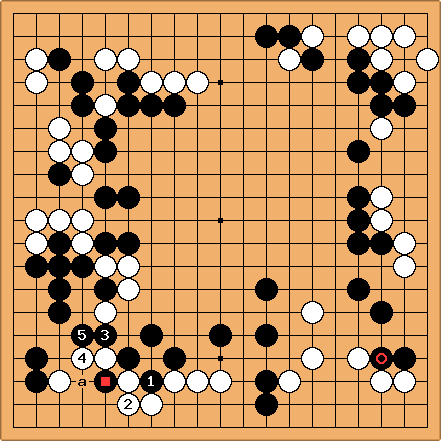 If white responds to

, I intended to take the ko, and ignore any threat, If white dares to play one.

This would result in a big loss locally, so I calculated the following white response at

still has useful aji at a.

However, my opponent ignored the threat! 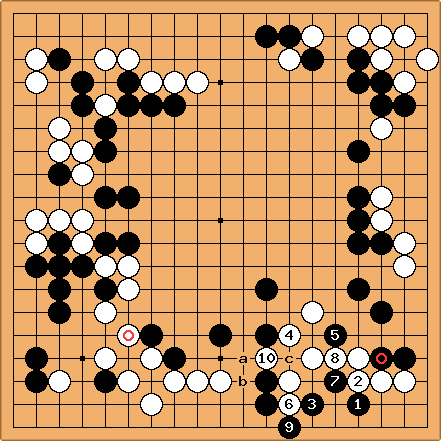 After I connected at

, Jensen started another Ko with W0, (assuming Black a, White b, Black c, which has not been played yet.

The game is still going on, so no suggestions for the actual position please! (later...)

Here are my "big" questions: 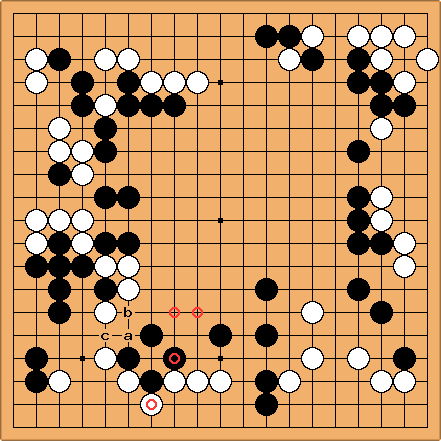 SnotNose: Isn't a a local ko threat for Black?

Even if White ends up capturing

, if Black can cut at b or c and also get plays around the circled points, black will have a nice center, no? There may be tactical flaws in my thinking that will get pointed out, no doubt. But, it is clear that a is a key point here. If White gets it, then she has no worries for her center stones. If Black gets it, he at least gets some leverage to buld up the center.

Klaus: Nice idea! I guess, I sequence like this will not be satisfying for White. If White can't answer at

, he is having problems. 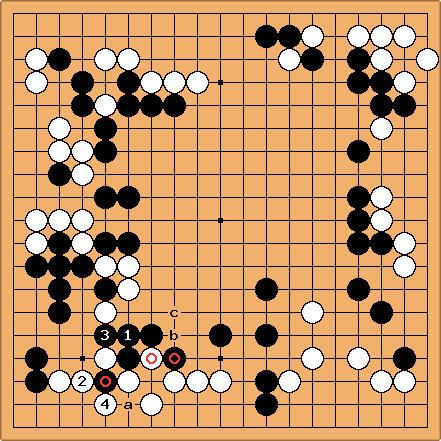 So this is a likely result.

is captured without White defending at a, so White has gained a move and the aji of

However, Black might play tenuki; and b can be answered at c. Who is ahead in this case?

Bill: Here is a thought. It achieves a result similar to (though not as good as) the intended sequence without fighting the ko. 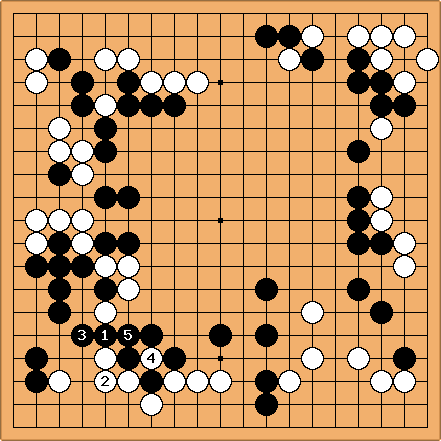 tderz: The position reminds me of this very analogue to a standard problem in the "defense" sect. of Shuko's tesuji dictionary. 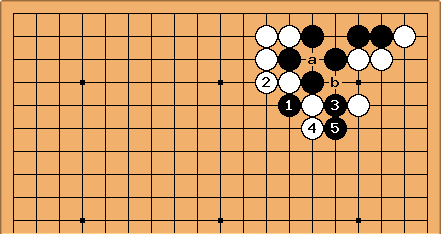 , Black has Baff for easy shape.