Anti-seki is a quirk of the Japanese 1989 rules. The official commentary gives this example of anti-seki.

In real games it usually occurs in the form of a double ko (anti) seki. 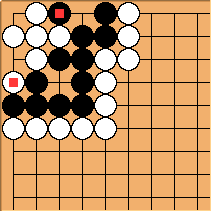 By the 1989 Nihon Ki-In rules, both marked stones are dead. There is no territory.

To resolve the status of the marked black stone we have to check both conditions for life. 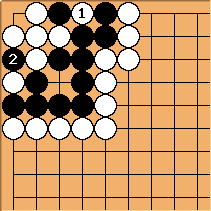 is the only viable new stone black can play. It can be captured as shown in the next diagram. Therefore the marked black stone in the original diagram is not alive, and any stone that is not alive, is dead. 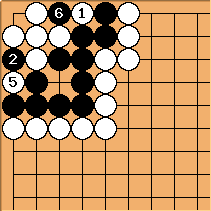 By similar reasoning, the marked white stone in the original diagram can be shown to be dead. All the other stones are alive, since they cannot be captured.

Here's the definition of "territory" from the same rules

Here's how to apply the rule: 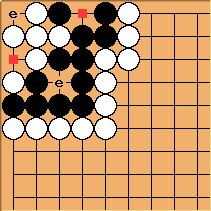 The squared empty points are not surrounded by live stones of just one player (one of the surrounding stones is dead), and therefore they are not eye points. Since they are empty, they are dame. The groups with the eyes "possess dame", so they are in "seki". That means the eye points (e) they surround are not territory.

It is important to notice that the two dead stones are not in either player's territory, and that is why they are not removed when counting points.

Bill: The idea of anti-seki can also induce a player to finish a ko rather than leaving it open. 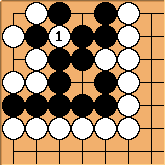 Bill: Suppose that neither player has a ko threat and that all dame have been filled. Play stops after two passes. By the rules defining life and death both players' stones are dead and this is an antiseki. To avoid the anti-seki, White should fill the ko instead of passing.