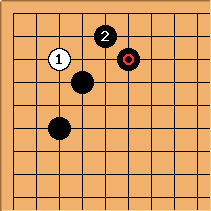 As black has played 3 moves on the corner he will generally aim to kill a white invasion. An example where B tried to kill occurred in game 4 of the 2003 Kisei match Yamashita Keigo-O Rissei (B) (colours reversed). After the 3-3 invasion

here was played, which is a textbook attempt to kill.

stone white can expect a ko for life in the related 4-4 6-3 enclosure. 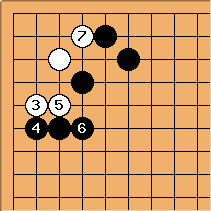 Yamashita, however, challenged his opponent to kill him, playing

. O Rissei then resigned, leaving us with a reading problem, given the exact placing of nearby stones. 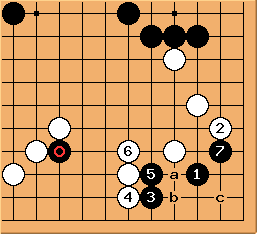 Here is the position in the game with surrounding stones.

It is the positioning of the

stone that causes some killing lines starting like White a, Black b, White c to fail. It would be nice to have some pro-level analysis of that, though. 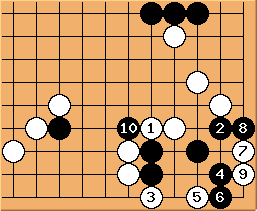 Here is Alexandre Dinerchtein's analysis for this position.

The problem begin when white block at 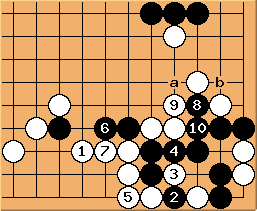 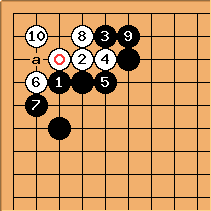 lavalyn: My best shot at it leaves White with something just less than an L group with leg and gote.

at a, doesn't White die? 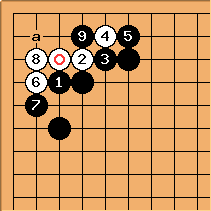 jms: I've analyzed this to the bone, and White dies every time this way. If I missed any continuation which allows white to live, ko, or seki, let me know. You can see my analysis here:

Minue why not white a, instead of

ImmortalB? I can't find a way for white to live if black simply refuses to play the ko. 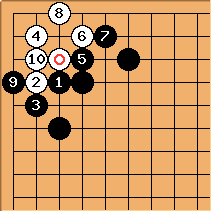 jms: Here is a way for white to live small in the corner. This is perhaps useful in certain situations where the outside is pretty much secured, but a small chance of corner invasion remains. 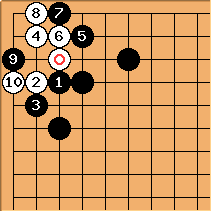 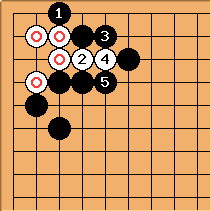 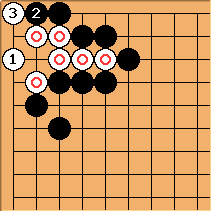 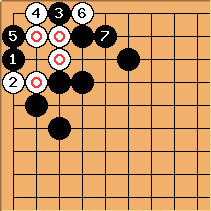 lightest? How about this variation? I think black should damage white's shape as shown. 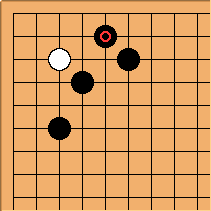 Kangur? I think this is only way to kill white without any ko. 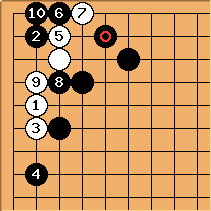 Caern I think so, but fuego hadn't kill me in such situation: 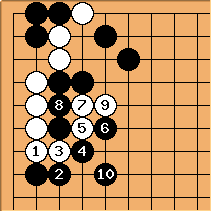 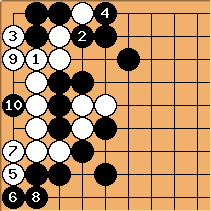 Caern Where fuego make a mistake? 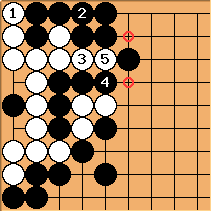