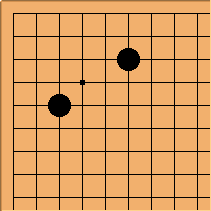 In the past, this enclosure has been classed as a Meienism, an innovation of O Meien. Since at least the late 2010s, it's been called the dragon shimari in Western circles.

Fairbairn refers to it as the tiger shimari, suggesting that it was coined in Japanese as taigaajimari. He wrote about it as follows, at the end of 2021:

... consider the Tiger Shimari (taigaajimari) ... It's not a new opening shape (it even appears in a Huang Longshi game, and Takemiya has tried it). But the name is new, and Ohashi has explained it as follows: "It is a large-scale construction move, and, while probing how the opponent will proceed, it develops towards the sides and centre." ... Tiger crouching in the undergrowth, ready to leap up??? But from his variations I think it may refer to the tiger's wide open jaws.

The enclosure occurs in What Grade Is This Fuseki / Otake's Answer.

In this case the relationship between the stones in the enclosure is not good shape. 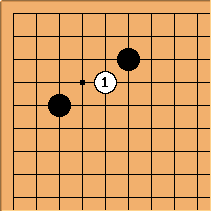 White can play as shown here. This breaks the direct relationship between the black stones. Black may have to give up points in the corner, and instead attack White's group. 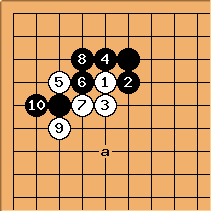 In a game O Meien-Takagi Shoichi in 2001, this happened, with White giving back the corner in return for good shape on the outside (White a next). 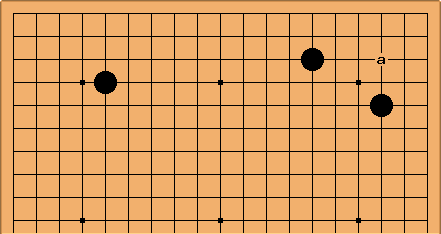