White 4 is an enclosure

as a corner enclosure, thus allowing Black three corners. It was tried as an experiment by Kubomatsu, and probably on a few other occasions by strong players. 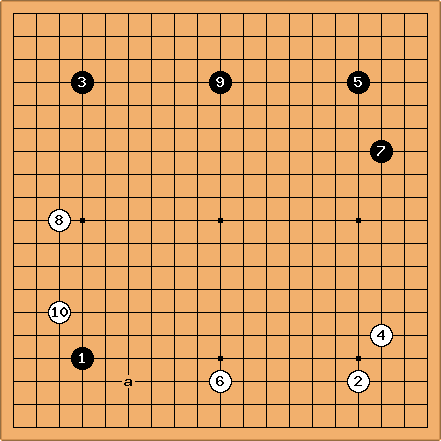 In this game between Naganuma Makoto and Takahashi Toshimitsu, the latter played

as an enclosure. White lost the game, not that there is any statistical relevance to that.