See also other responses to the 3-4 Point High Approach 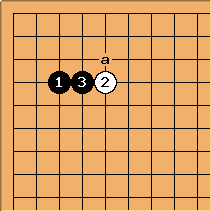 Go Seigen has this to say about

: B doesn't want to play a so that W would play at

to form the "avalanche shape", so 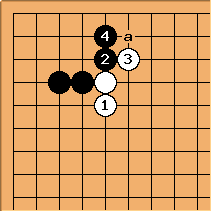 Note that White does not necessarily play at a immediately ...

In fact, white will often not play there at all, but play some move on the left side, answered with black a. 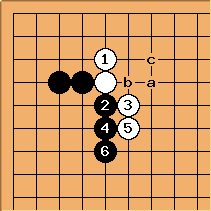 White may also play sagari instead. However, this is probably only good if white already has some stones along the top side. In a game where Kitani played this against Go Seigen, Go had the following to say about this variation: The sequence to here would be certain. Not only would Black have a peep at a (followed by a response at b ) and then an extension to c , 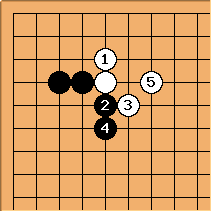 This is a variation I found in the Kogo's Joseki Dictionary. There it is supposed to be joseki. In my opinion white prevent with

the black peep at a (diagram above). 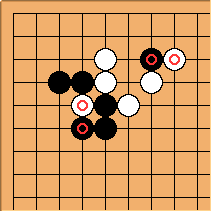