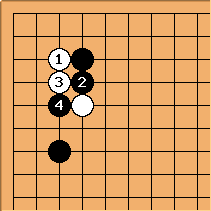 is a bit of a trick play just short of joseki. A gobase search yields only 13 games. That's a big clue that it's not joseki, but a situational play. In all the games Black had something in the lower left corner or side. It might be a wall, an enclosure, a 4-4 stone, or an approach from the left side. In one case it was a pincer. 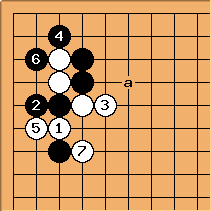 If White plays like this, her influence obtained towards the bottom will only work if she has some stones there herself. Black has sente and can use it to build at a. 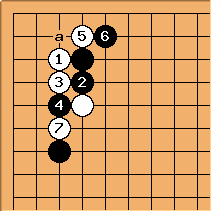 This is correct for White. It is important to play the hane at the foot? of

and not to play 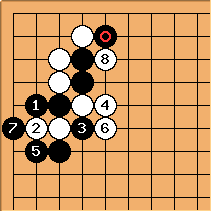 White's capture is one line higher and therefore much more powerful, also due to the extra forcing move at 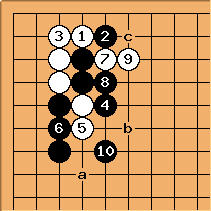 White has sente and two forcing moves. But White can do better. 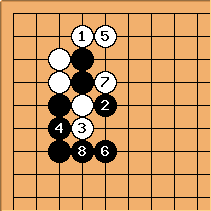 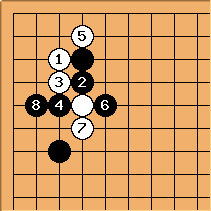 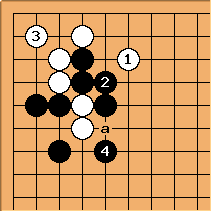 White can force with 1 and then secure the corner and an outside connection in sente with 3. Also seen is a pro game with

at a leading to a large scale fight. 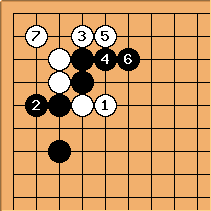 also occurs, with this continuation.