Forum for Enclosure Josekis - The Book 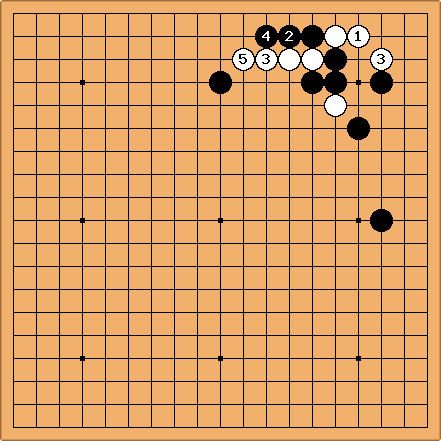 s. Considering white appears to be trying to take the corner & push out to the left, what is the correct diagram?

Bob McGuigan: Judging from the text in the book the

in the corner shouldn't be there. The correct diagram apparently should be: 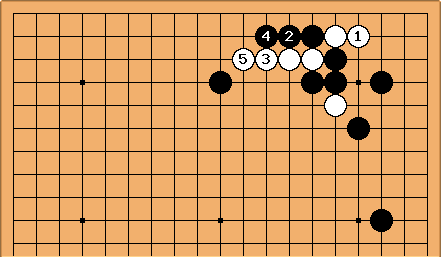 . A different book on enclosure joseki, Shimari Gihou by Ishida, says that if Black crawls at

in the following diagram are played the result is about equal: 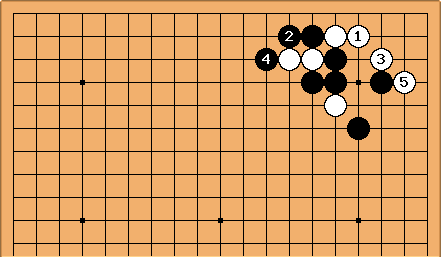 Ishida says that there are very few examples in professional play of Black playing atari on top as in: 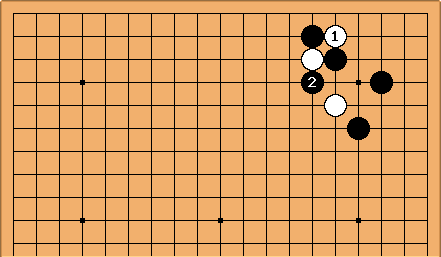 ?', hence I thought that

on the right is

have only got 4 liberties, and

As painful it is to push once more with

(because it hurts that black hoshi stone

) it is quite big not to lose

A black attachment at the 3-2 point will not work due to the ladder aji or life in the corner. 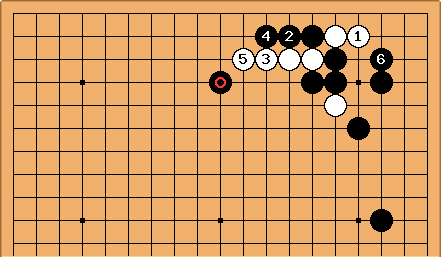 tderz: perhaps this is meant 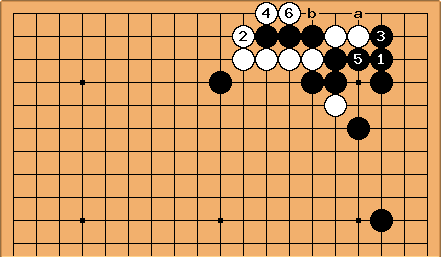 tderz: next black a and white b captures 3 stones. 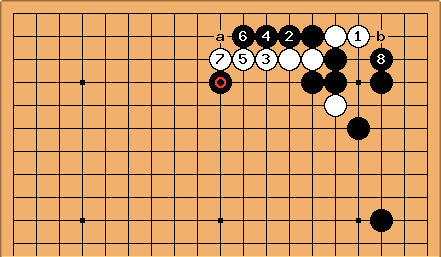 tderz: as white a still would be sente now (and white might stir up trouble with b beforehand, perhaps getting a liberty more), it might be a good idea for Black to push once more with a. 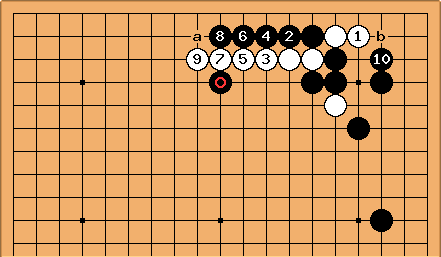 tderz: White a is not sente anymore 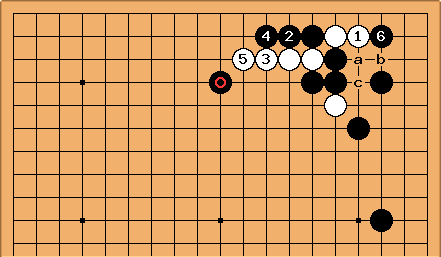 tderz: Black has capturing problems with the 3-2 point attachment.
Purely from the dame counting, it's 4:3 for Black, but once White starts to set her stone into motion with a, the trouble starts, should black block at b or c? 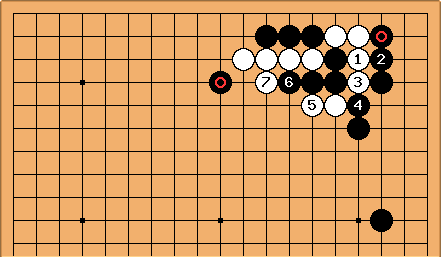 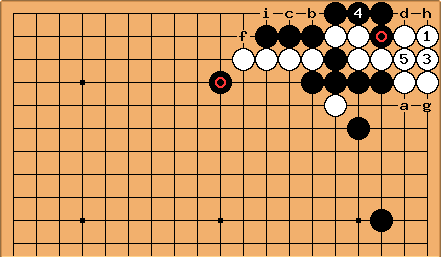 tderz: Black has to be careful, though as

Hence, Black cannot simply approach at a and take liberties away.

in diagram [80] was a mistake.
If Black wants to deprive White now of her life, he has to play a whereon White captures at b and Black has to protect the cutting point c by d or so.
Then White can easily win the capturing race by bending at d (if Black has not pushed there multiple times from behind and on the 2nd line beforehand, which would be extremely bad, even bigger than the corner, IMO)

tderz: Black can win this fight after pushing from below with

then going for the corner after Black a, white b, Black c.
However the

is strategically dead and the white influence might be worth more than the corner.
This playing style (just looking at the immediate 'cash' (corner)) is for sure not good (IOM). 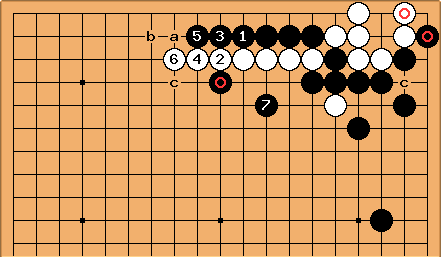 tderz: Can White hane with

at a?
Black would cut at

, White extends to b and Black still wins the semeai; later W has to capture

then) in a ladder by c. Is this attractive? So, what's the conclusion? I don't know, honestly.
Perhaps White simply has a right to get something there too.