This problem is titled Ranka(rotten axe handle), which is another name for Go.
Here is some legends:

There are many legends about people who by chance encounter an immortal. An old Chinese story known as Ranka (Rotten Axe Handle), which made a deep impression on the Japanese mind, tells of a certain Wang Chih, a woodcutter:

Wang Chih was a hardy young fellow who used to venture deep into the mountains to find suitable wood for his axe. One day he went farther than usual and became lost. He wandered about for a while and eventually came upon two strange old men who were playing go, their board resting on a rock between them. Wang Chih was fascinated. He put down his axe and began to watch. One of the players gave him something like a date to chew on, so that he felt neither hunger nor thirst. As he continued to watch he fell into a trance for what seemed like an hour or two. When he awoke, however, the two old men were no longer there. He found that his axe handle had rotted to dust and he had grown a long beard. When he returned to his native village he discovered that his family had disappeared and that no one even remembered his name.

Wang Chih felt so strange and asked people about his family. They said that the great-grandfather of the house had disapeared after entering forest to find wood. The family had set the day as anniversary of his death. 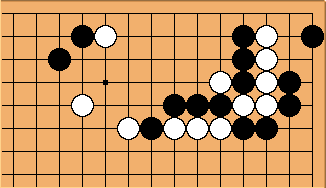 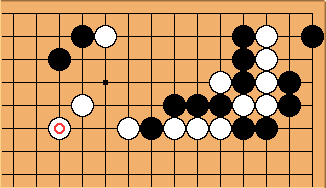 This is Hashimoto Utaro's book version.
It's interesting to find out how