Under the Stones Example 1 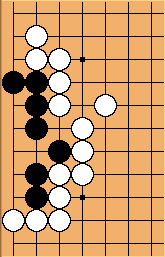 In this example, Black needs to 'temporarily sacrifice' some stones in order to live. 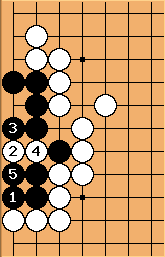 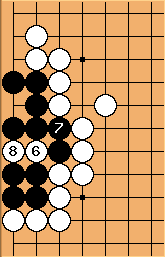 Black cannot take White 6, that would leave Black with a false eye after White plays 7. Black plans to let White capture 1 and 5. 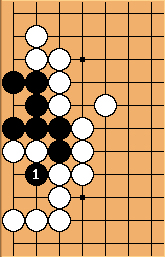 Once White has captured, Black can cut with 1 and make a second eye to live Under the Stones because the two white stones are caught. 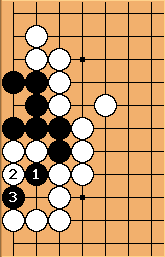 I figured I'd throw in the resulting moves, for the novice players (like myself). -- FCS

anon: White plays 3 instead of 2, wouldn't she?

Herman: Yes, the purpose of

in this diagram is to show white cannot escape, it is not optimal play. 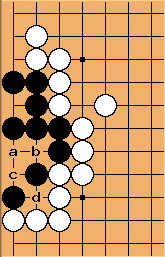 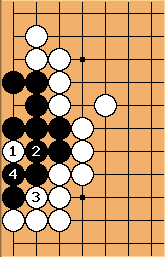 Wow! You're right. I completely missed that. In fact it took me a couple minutes to understand why it's better. So I guess I'll write it out for all us novices.

To the left you'll see the b response. Black ends up with two spots of territory and one captured piece. A total of 3. 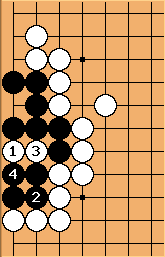 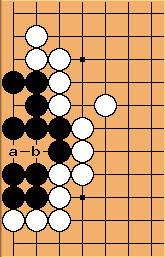 Leaving this configuration. If we stop now, Black has three points of territory and captured pieces (total of 5). a and b are now miai for Black, and either of those plays will still yield 5 points.