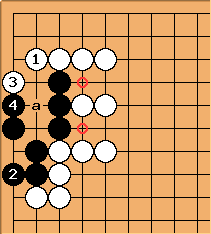 is a tesuji when the two marked liberties are filled: then W can play at a and B can't cut, due to shortage of liberties. In a case like this, where there are outside liberties, it's not the kind of move you would come up with by reading. I think it's a pretty good assumption that W has seen many tsumego involving that tesuji and played it instinctively, without reading.

Bill: I think it's a hard problem. 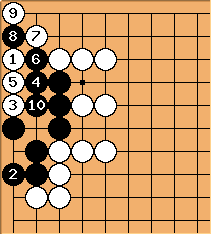 Will an 8-kyu realize that

(Will he even think of trying 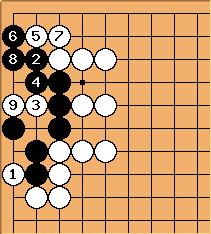 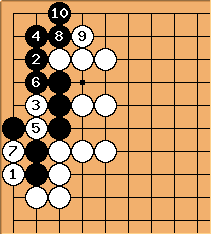 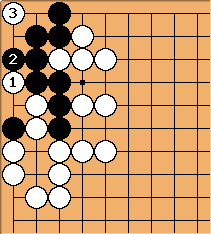 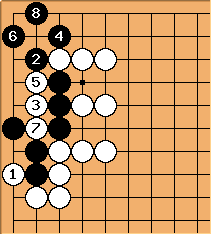 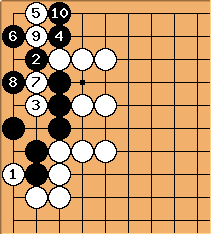 Bill: I'm not so good at tsumego, myself, but I think this is an advanced problem. 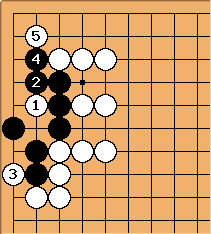 , though I'm not completely sure. Still, I think your point is correct. If something looks like it can be killed, there is a temptation to try even if you can't read it out. Tesuji-like moves can be very bad if they don't work---worse than passing. Another point is that even if this or the other moves work, in this example, white has 11 stones in the area to black's six, and it's white's move so black presumably got five moves somewhere the rest of the board plus sente if white finds a killing move, so black might just say: "Congratuations white, you got it." 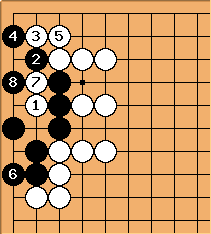 jfc: In response to

? There are plenty of other options here... 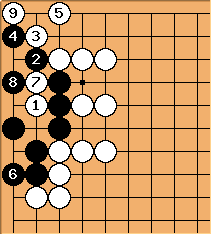 Bill: Thanks, Calvin and Jonathan! I think that does it. :-)

Dave: WOW! The double ko death turns this into a great problem. I hope there isn't an easier way that would preempt this solution :-)