This page holds some discussion originally on the tripod group page prior to the WikiMasterEdit. --unkx80 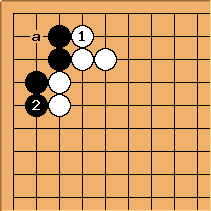 We have practiced the tripod group at our club. In response to

is the intuitive move for many players. We were wondering why this would be "wrong". I think that under these conditions, with all that open space around, this is actually a good move, but the tripod often appears in enclosed space, so that a white attachment at a becomes dangerous. Moreover, if there were an escape route along the left side, White would have blocked at

at a is the main line. 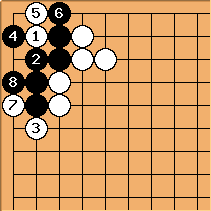 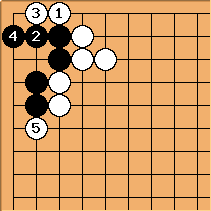 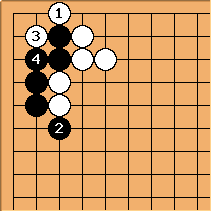 So, Black escapes, but loses his corner territory and, what's more important, his eye potential there. 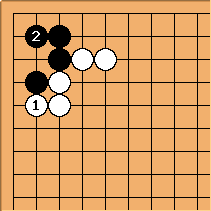 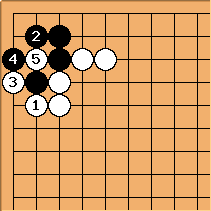 leaves the atari at

and black has nothing better than to make ko with 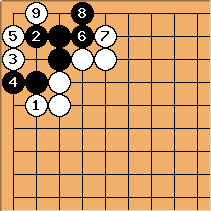 Herman: Black dies due to bent four in the corner 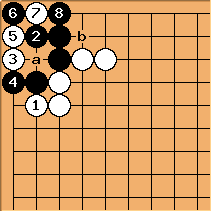 fractic: Of course black only dies with a bent four if he forgets to throw in with

. Black can play a next for oshitsubushi even if white takes an outside liberty like b. And if white connects at

then black can capture and still get an oshitsubushi. This is a transposed version of a line that's already shown on the tripod group page.