The following shows an endgame position and the corresponding game tree (left branches correspond to black moves and right branches to white moves): 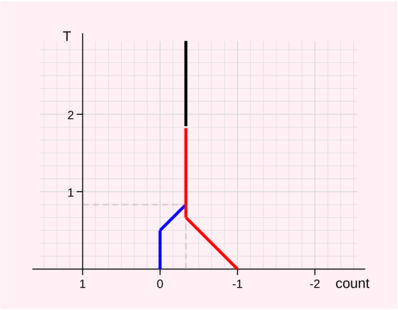 As expected, the vertical mast (black) is at x-position -1/3, indicating the average value/count of the game. It is convention that the count increases to the left. This makes sure that the features associated with black (the blue line in this case) are on the left side, as is custom in game theory. The left and right wall meet at a temperature of 5/6, which corresponds to the miai-value.

Given an endgame like position G, both players would make a certain number of moves, then tenuki when the remaining moves are too small. (And come back later when the temperature has dropped.) The point, at which a player will tenuki, depends on the value of other endgames on the board, i.e. the current temperature. This temperature dependency is encoded in the thermograph. The slope of red and blue lines indicates how many moves each player makes (or rather the difference):

Generally, it is more common that the endgame will be played near the highest possible temperature, so the miai-value and count is still the most important information. However, some game trees can be complicated and hard to classify as a simple gote or sente. The thermograph is unambiguous and the construction follows a clear procedure. So it is a reliable way to determine the miai-value and count of an engame position.

How to construct a thermograph

To construct a thermograph, start with the thermographs of the positions that arise after a move by black and white. In this case, we need the graphs for position H and J - they are given in diagram 7. 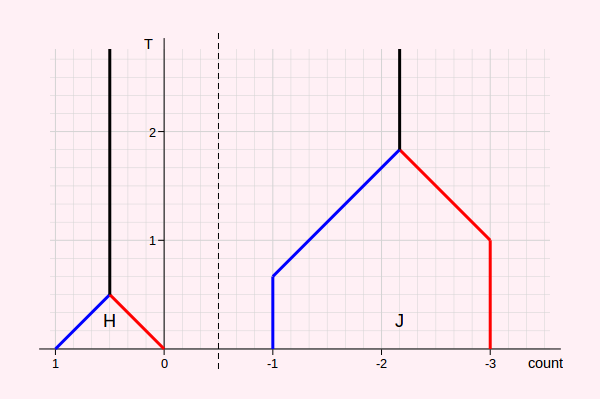 Diagram 7: Thermographs for position H and J side by side

Now each player has to pay a tax for the privilege to make a move (Cooling). A temperature of T means, there are gote plays of miai value T on the board. The question is, how much better is the current endgame, compared to a ±T gote? To answer this, T points are subtracted from the count for a black move and T points are added to the count for white move. 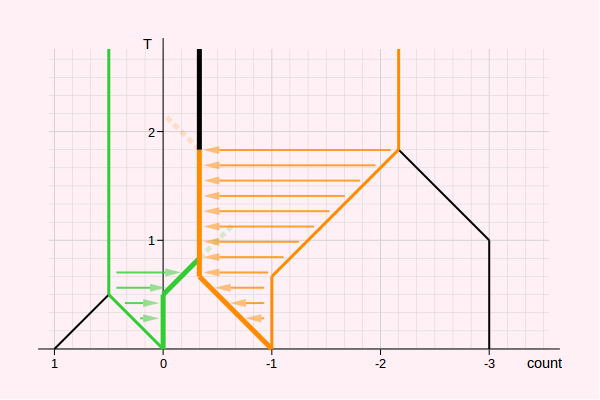 Diagram 8: Constructing the Thermograph for G from the thermographs of H and J

The arrows in Diagram 8 show how the tax is applied. The green line is moved T units to the right and the orange line is moved T units to the left. As a result, the two taxed lines cross or touch at a certain point. From this point, a mast is drawn upwards. Any part of the taxed lines that crosses the mast is disregarded (semi-transparent dashed lines). A taxed line may run "on top" of the black mast a certain distance (until it finally crosses the mast) as seen with the orange line in diagram 8.

The result is the thermograph of position G from diagram 4.

Now how to get the thermographs for position H and J? The procedure is based on the thermograph of a position that is fully played out, with final count c. It is simply given by a black mast at position c.

To verify the thermograph for position H given in diagram 7, draw 2 masts at positions 1 and 0 (the final scores when black/white moves in position H). 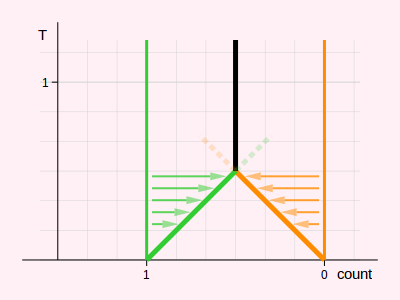 Both masts are taxed as indicated by the arrows, resulting in a typical gote thermograph (miai-value: 0.5, count: 0.5).

A ko complicates the themperature theory. You generally have to make some assumptions about who can win the ko. Then the thermograph will tell you if this is worthwhile in terms of points. Let's look at the ko in position M. It is a minimal ko with swing value 1.

From position N, White can move back to M after playing a ko threat. Now let's assume no one has any ko threats. Then the thermograph for position M is constructed based on two masts at counts 1 and 0. The right mast at 0 is taxed normally since white needs one move to finish the ko. However, black has to invest two moves, in order to win the ko, so the mast at 1 is taxed double. The result is shown in diagram 12.

While temperature theory for games without repetitions is well developed, including ko is challenging and an active area of research.

The thermograph for example 2 is roughly sente-shaped. Except it has a small gote top. The absence of a colored vertical mast means that both players have the same probability of making the first move.

In addition, there is a double-sente temperature range (T = 4/6...5/6). This corresponds to the situation that after

, but the follow up at a is not big enough yet, so white plays elsewhere.