This game, Kamimura Kunio 8p (W) vs Liu Xiaoguang 8p (B), was part of the China/Japan match in 1988, played on April 21, 1988. Liu made a blunder and the resulting tesuji caused his resignation on the next move. The focus is on the semeai on the upper side. Black's last move was the marked stone. --Bob McGuigan 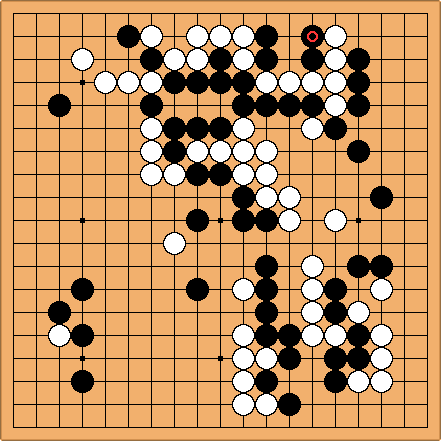