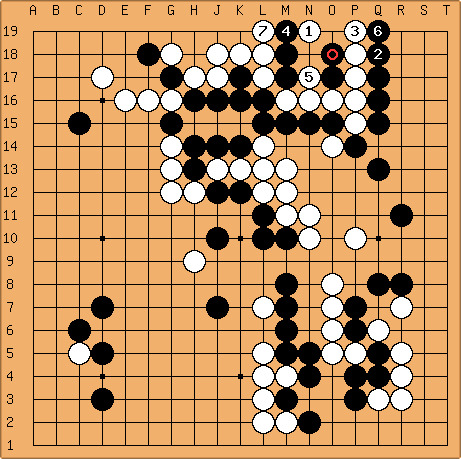 is not the tesuji from the game, but it works. Some other responses from Black need to be checked, though. For example, what if

in here seems not to work either.

Tomas?: It becomes more complex, but it still seems to work for white.

, and black a kills.

in variation 4a loses at least one liberty. ;-)

But let's back up. In your original variation, after

does not kill. Each player has 2 dame left. White can afford 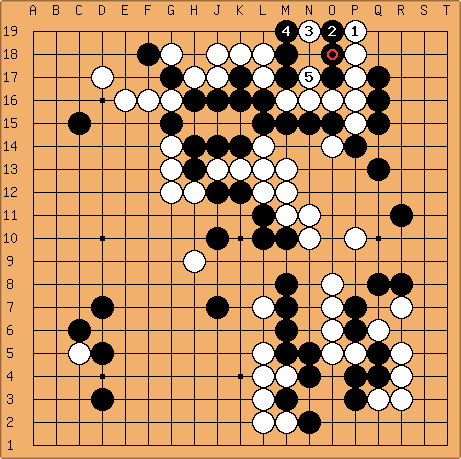