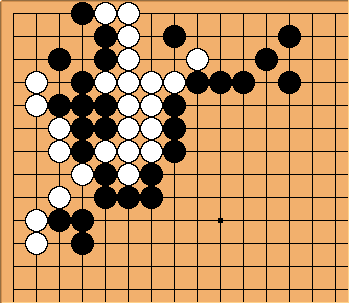 What if Black just connects? 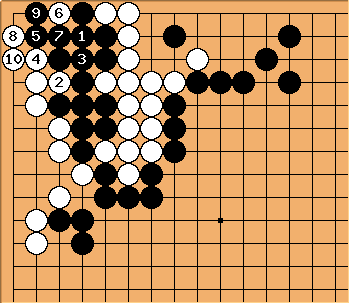 Black has two liberties on the left while White has four at the top - White wins. 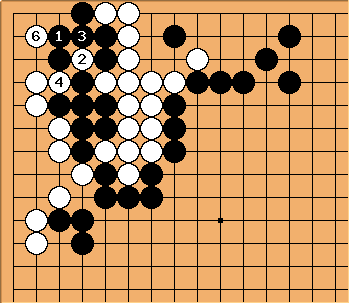 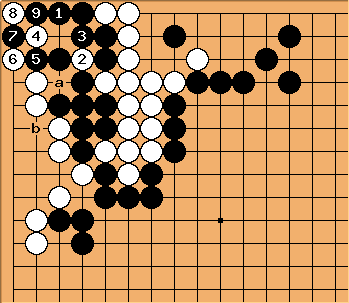 If next Black a, White b, Black has only three liberties. 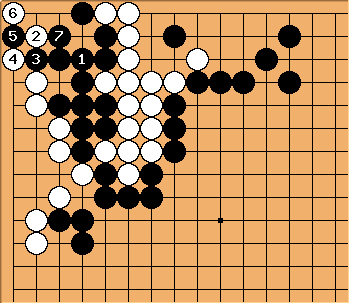 eliminates the opportunity for White to throw in here and squeeze Black. White plays

to spoil Black's eye but when she answers

, Black sets up a ko for life on the left with the opportunity to capture White in the upper center still open. White can't win this way. 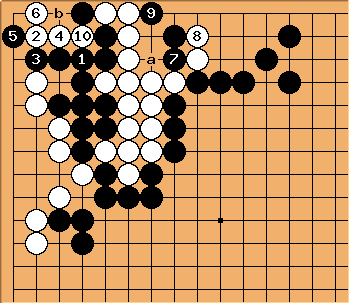 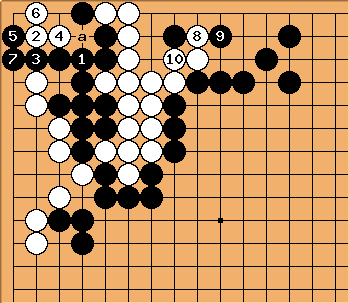 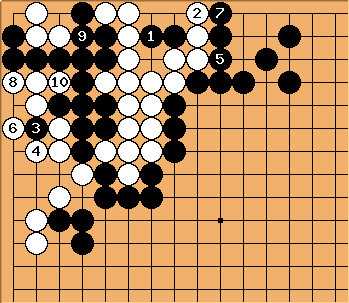 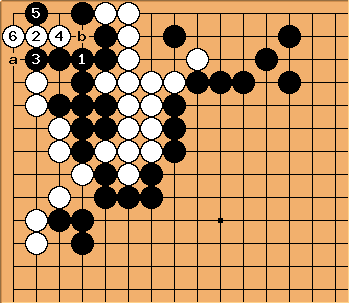 If Black tries to prevent White's eye-spoiling move with

makes miai of the points marked a and b; so Black collapses. Note that playing

at a lets Black make ko with a throw-in at

The variation in 2c above needs to be revised to reflect an improvement for Black found on TFG9 - White At The Top. 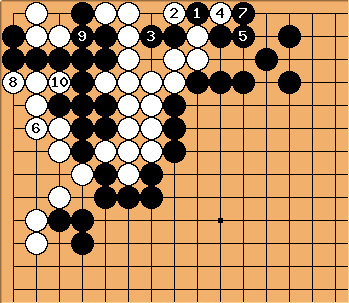 Continuing from 2b, Black plays

instead of the original

. When White throws in at

. Although White takes the stone at

, the space inside her group is much smaller than in the original line and she ends up with only five liberties. She has the ko but since the real issue is the survival of the black group on the left, Black has more ko threats than White. 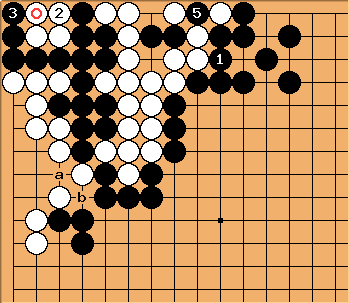 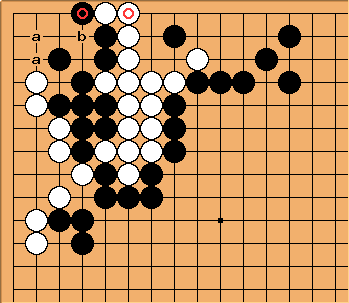 Arno: the points marked as a suffer from a follow-up play White b which will lead to the capture of the crucial

stone. That way White will increase her liberties and whatever Black tries, he will fail.

But there exists another line: TFG9 Black Upper Left 2.