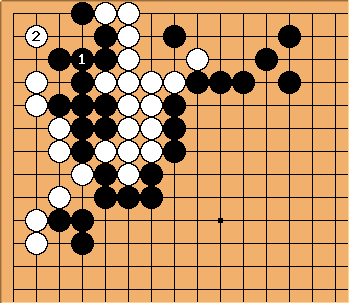 Let's look at an alternative for White 2: 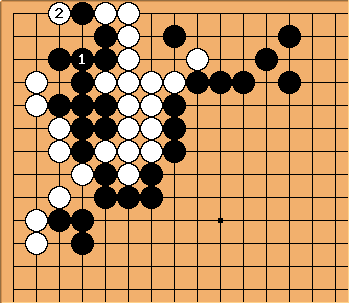 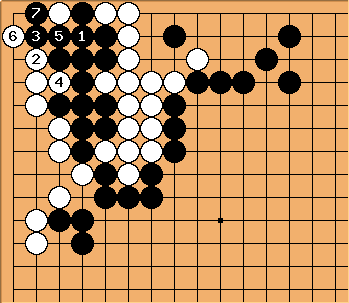 Connceting with Black 1 is not an option. Black has to try harder. 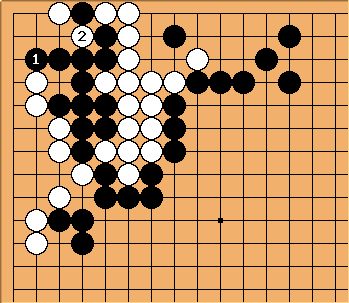 Black 1 looks promising, but White simply captures at 2. And no matter what Black tries, he will end up with one liberty short. 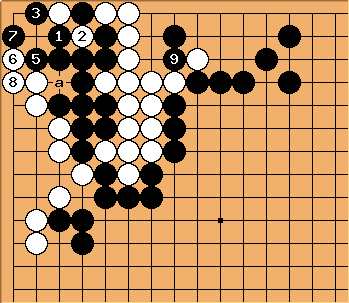 Black 1 invites a white capture at 2. After that all White needs to do is to connect the ko (assuming that the ko is large enough to win the game, and we only consider local ko threats).

One line is shown in the diagram. Black has no chance.

So looking at the above diagrams, it looks like Black 1 in the first diagram does not help Black at all: he doesn't even get a ko.

What else is there to do?

DaveSigaty: The problem here is that Black does have two internal ko threats. (Arno, note that in your original "Ko?" diagram you had inadvertently filled in the liberty at a so I fixed it - this changes the result greatly :-) 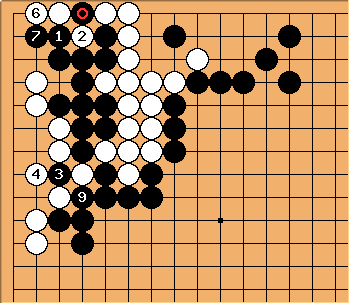 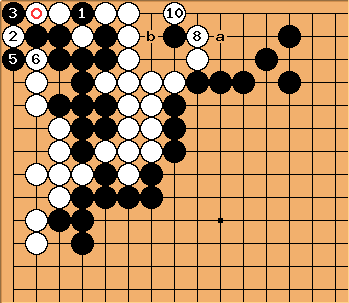 After the exchange of Black a for White b both sides have lived. Who is winning the game?