The term Split-Fuseki refers to an opening where a player splits the parallel cornerstones of his opponent at the earliest moment, i.e. within the first 5 moves, so that the splitting stone can't be pincered (= two-point-extension possible in miai). It is an anti-moyo & fighting strategy. Split-Fusekis among top players are very rare. Some professionals experimented with it in the 1930's. The following diagrams give examples of Split-Fusekis.

Patrick Traill: Can we have some professional examples from the 1930's, then? 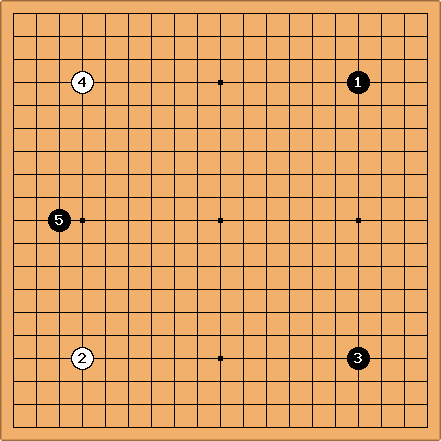 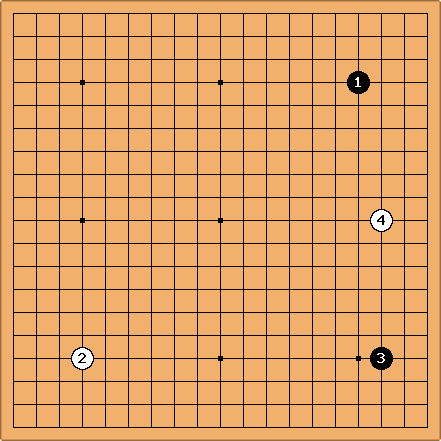