This page is dedicated to small furry creatures from Alpha Centauri playing go. 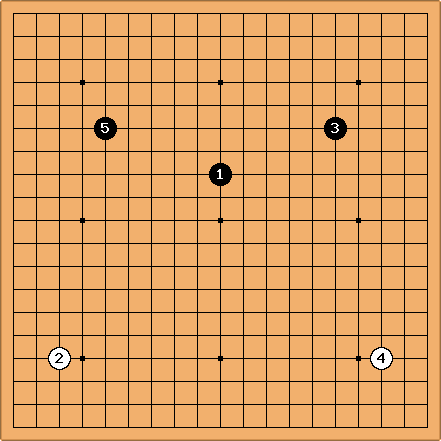 GoldenFox: They also have odd ideas of joseki. 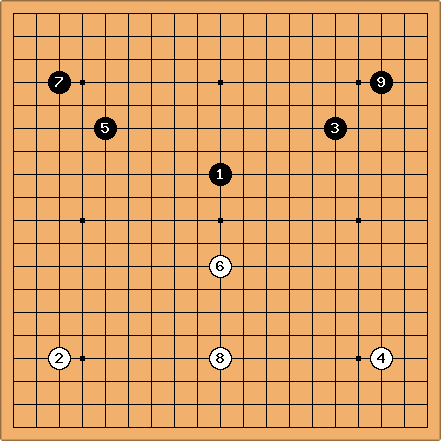 Simen: There's lots to be said about the go of the small furry creatures. Some have claimed that they learned the game from a copy of Get strong at gote which reached them through a time warp, and that Nestor de la Pallissade, that infamous go writer, several millenia later copied his own ideas off of an esteemed Alpha Centauri go manual describing the high level tactics of "kamo no itte" (hand of the duck)[1]. For a typical example of Alpha Centauri tactics, consider the following diagram:

Since 1 and 2 are miai, when Black takes one of them, White "handles the situation" by occupying the other point. Black 1 may sometimes be used as a skillful testing play; if White answers as in the diagram, Black will know that she is indeed a REAL small furry creature from Alpha Centauri.

As should be evident, the go theory of Alpha Centauri is not underdeveloped as such. Alpha Centauri houses players at around Terran shodan level, but because of subtle differences in thinking, their unbeaten champion is said to be 43kyu by Earth standards.

[1] :P This probably is not correct, since I don't know Japanese at all.
Did you mean kami no itte? - GoldenFox
No, he's right. He means kamo no itte. It's a joke. See the page kame no itte. - Alex Weldon
Given how fast these moves are, its clear that he did lot mean kame no itte. -- Velobici
Now that I understand the joke, I've made kamo no itte an alias for kame no itte - GoldenFox