This is Dieter's analysis attempt of this second game in the final between Lee Sedol and Gu Li. Pro analysis by An Younggil is 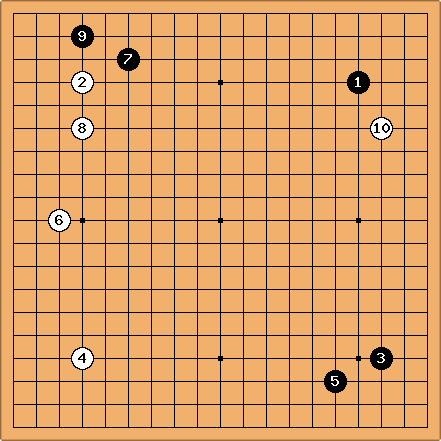 we get an orthodox fuseki.

takes up a symmetric position.

is the orthodox fuseki approach. 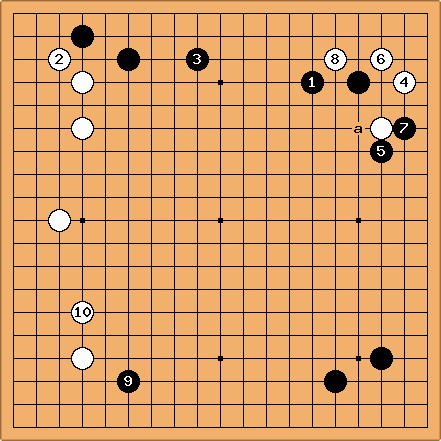 is a special move. I would expect 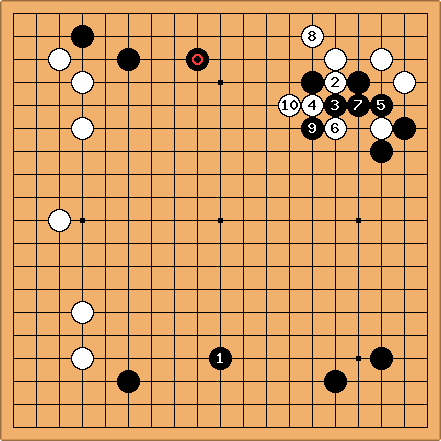 pushes through, it feels like White has already an advantage. This means that building at the bottom may not have been the right priority for Black. With

White gets a big corner. Although it is negated by 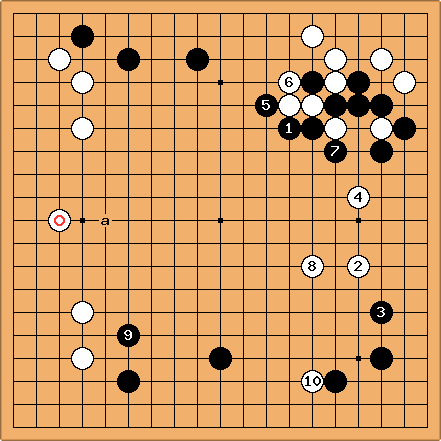 invades the huge moyo before it is too late.

is low. A reduction at a would overlap with

is yet another invasion. Gu Li must be quite confident that he will make both groups alive. 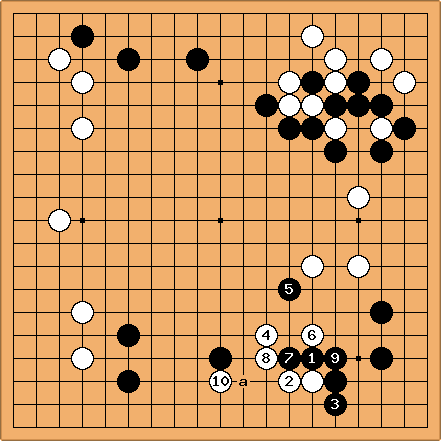 cannot be played at

, as that would be too timid.

is a typical technique, aiming at both 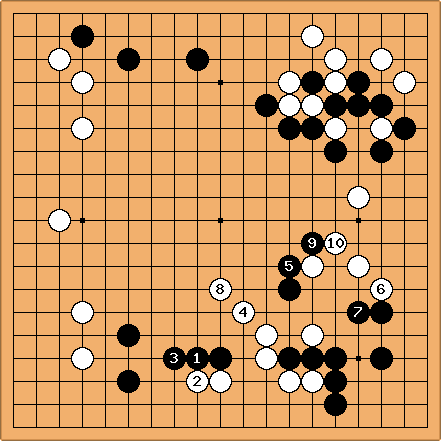 feels timid here. I would keep up the pressure with a hane: 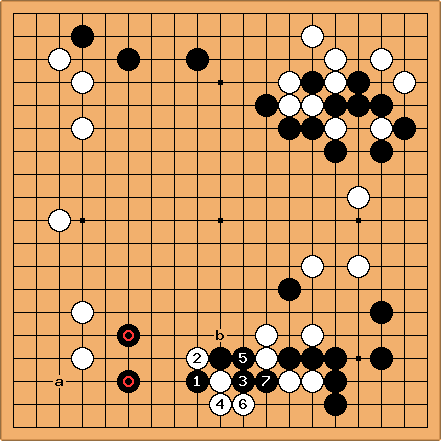 White is split up and the marked stones are light, because the invasion of a is still possible. However, An Younggil sees

at b in this variation, so probably

should be there in my variation. 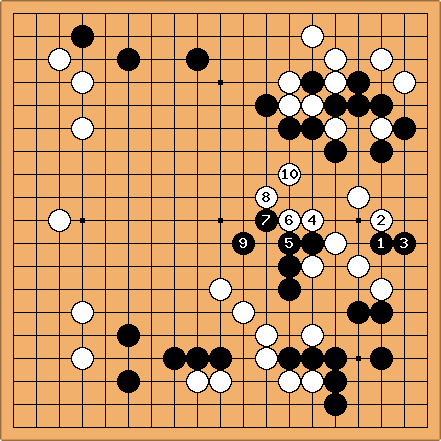 scoop out the eye space so that both White groups will have to seek solutions in the centre. Yet, as they move towards the left, White's problems will diminish. 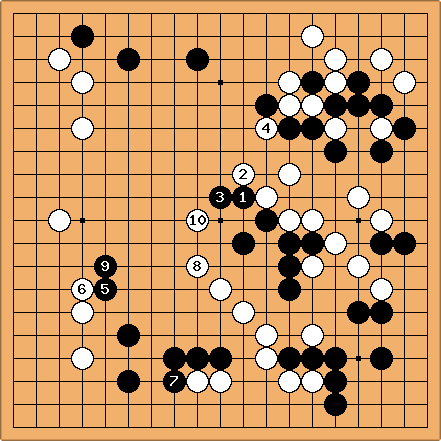 is quite an astonishing move for me. Suddenly, White's right side group seems out of danger and White only needs to care about the bottom. Even better, the cut lowers Black's overall thickness. 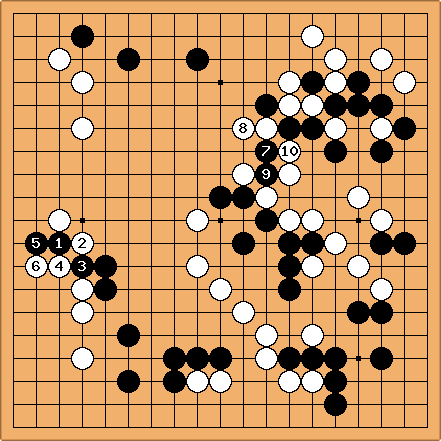 seems to set up a sacrifice in order to attack White's dragon. I wonder if Black could have been more patient and establish a position at the left side instead. 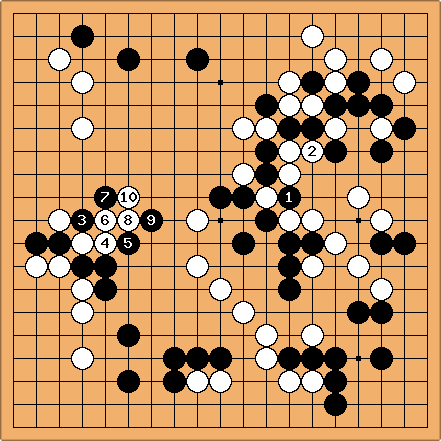 White destroys the Black group in the top left and becomes überthick. Lee Sedol must have thought that killing the dragon was the only way to reverse the game. 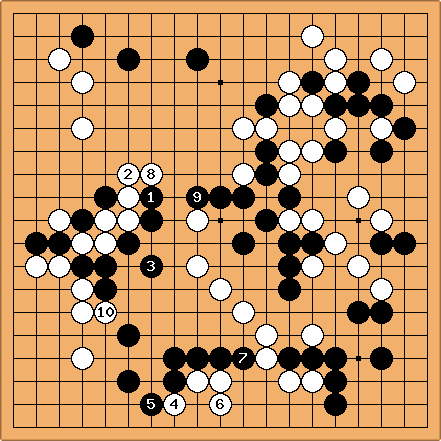 it's all about life and death. 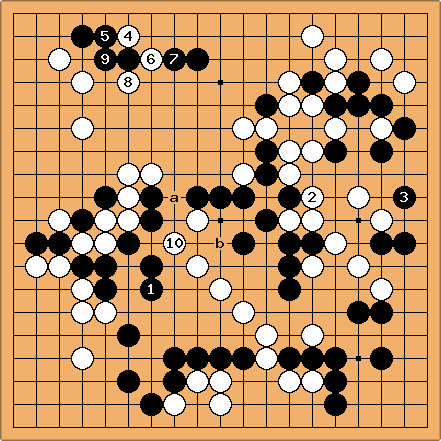 I don't understand why Gu Li leaves the front with

here. I can see how

could help a push through at a but if Black destroys the eye shape at 'b'', would White get enough compensation at the top? A rethoric question probably. 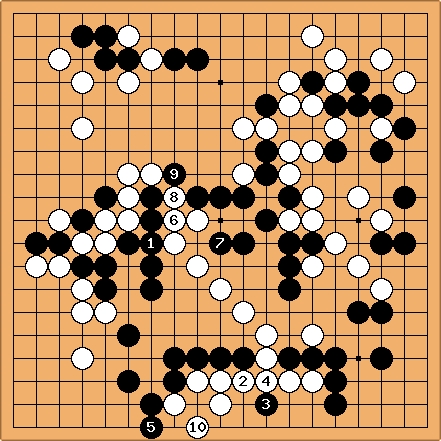 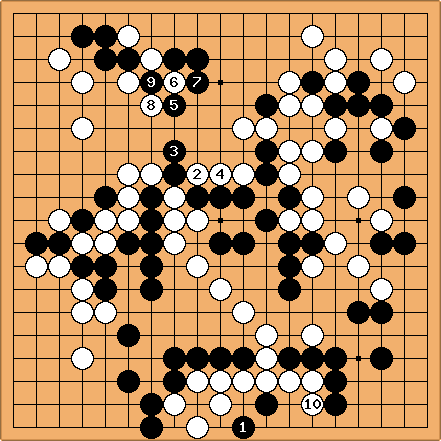 is vintage Gu Li, deciding the game with a ko. I think ko is more natural to Gu Li than it is to the majority of players. 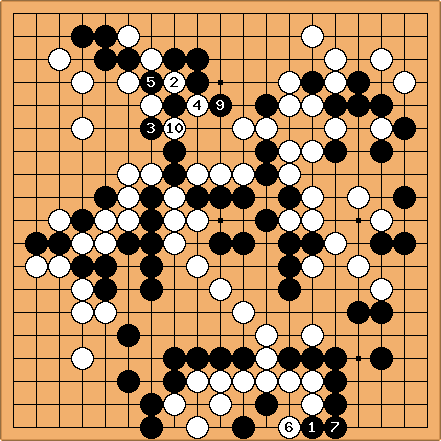 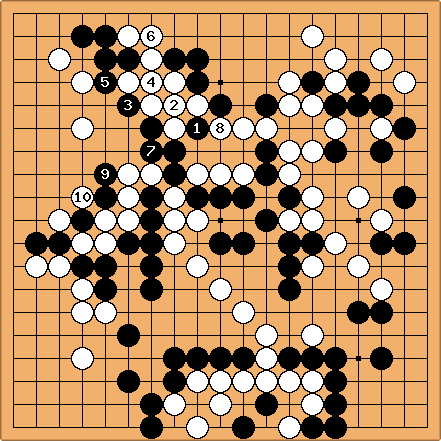 This is spectacular! Have they both read it out? It looks like a one way street, so I guess Gu new what he was doing since move 114. That means reading ahead 50 moves, still with a couple of branches!!! 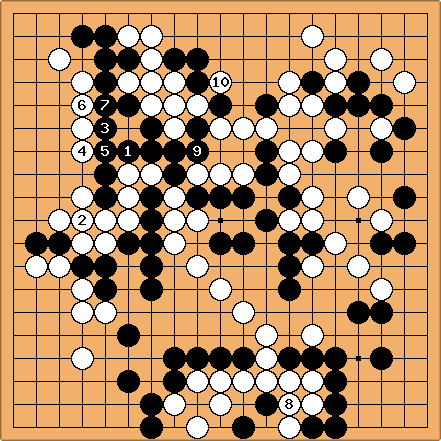 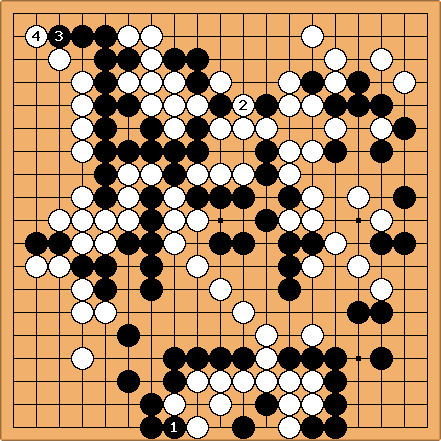 The music's over and we turn out the lights.