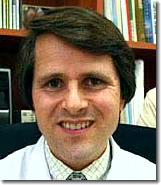 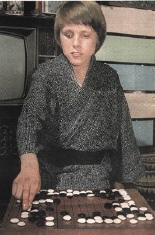 Ronald Schlemper (7 dan), born January 26, 1961 in Oegstgeest, the Netherlands, is one of the strongest European amateurs of the 20th century.

Schlemper became 1 dan at 12 years old, in 1973. By the end of the 1970's, Schlemper had reached the top of the Dutch go scene, and in 1978 he won his first Dutch Championship after a play-off against Max Rebattu, who had been dominating Dutch go for nearly 20 years. He retained his title in 1979 by defeating Robert Rehm in a play-off. From 1980 until 1994, Schlemper reigned supreme at Dutch Go Championships, winning every championship he participated in with a perfect score, except for the year 1991, when he lost two of his games and finished in second place behind Frank Janssen. In total he won the title 14 times.

In this period, he also won the European Championship three times, in 1982, 1985 and 1986. In 1985 Schlemper was promoted to 7 dan. After winning the European Championship a second time, a 9 game match against a former Korean amateur champion, Yong-Su Yoo (7 dan), was organized. Schlemper lost 7-2, showing that his play was not yet on par with that of the top Asian amateurs. Schlemper studied with Yoda Norimoto, and continued to grow, however. He reached the top of his Insei class, but decided to move back to the Netherlands and finish his university education, rather than pursue a professional go career.

Schlemper represented the Netherlands in the World Amateur Go Championship nine times. He finished third behind representatives from Japan and China in 1988. And in the 13th edition, played in 1991, he defeated the representatives from both Japan and China to finish in a three-way tie for first place, the best result of any western player ever in the WAGC. Due to tie breaker methods used, he was third in the final standings.

In 1995 Schlemper finished his PhD in medicine and moved to Japan, where he now runs

his own clinic in Fukuoka.