Path: <= Who Was That Go Player...
Sub-page of WhoWasThatGoPlayer3

Andre: I'll take my three guesses at once. My first guess is Ma Xiaochun, my second Yoda Norimoto, my third Chang Hao ~~~~

-- DJ: Here are some of my answers, just from my memory, I could add something more when at home:
5) FujisawaHosai
6) Ronald Schlemper (NL)
7) KobayashiSatoru, the injured was... (?) RyuShikun ??
8) ChoChikun? He played then in the Meijin Sen against KobayashiKoichi in a wheel-chair and with three plaster casts...

Andre Engels: Again counting #7 double, I get at 5 correct, 4 incorrect (just saw I had two correct that weren't...)

Problem is I have four different from phenomene. I'm rather sure about 8 being Go Seigen though, less sure of Genan, Kitani and Shusai.

Andre Engels: I had counted two correct for phenomene that were not. I see 2 mistakes in your list.

Given that I have all correct answers already, I give them here: 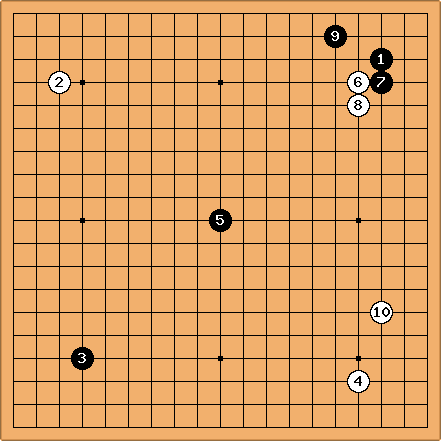 ...and who was the last non-Korean to win an international title? :-)

Dieter: If it is about nationality, not about affiliation, I think it is Rui Naiwei.

You are right, however for the purpose of this round of very trivial pursuit we're considering affiliation.