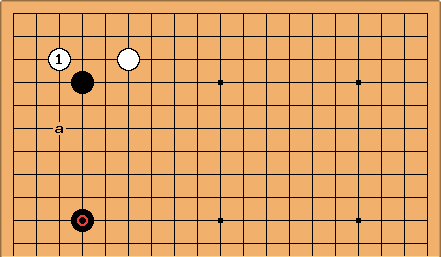 When Black has the marked stone in place, White may prefer to invade at 1, rather than play the double kakari at a, since the latter is often too like an overplay.

This idea seems to go back to Go Seigen in 1948, in the last game of his jubango against Hashimoto Utaro. 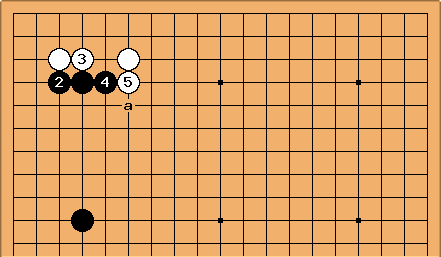 White 5 is quite natural, but it also is slightly thin shape. Black would like to fight a pushing battle here to take advantage. Clearly Black at a is good shape, but the question is how to use tactics against White's weaknesses. 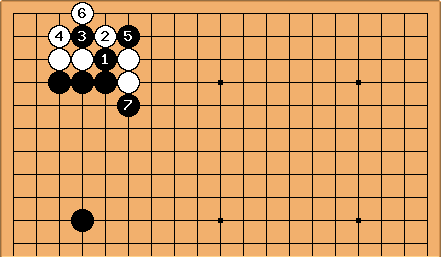 In recent pro games, Black plays out 1 to 6 before hane at 7. Playing at 7 immediately has been tried and seemingly rejected. 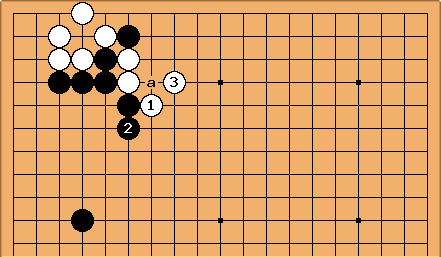 Black can try other things besides 2 here; but it isn't clear from past games that Black at a leads to advantage. White 3 is natural enough to cover the cut. 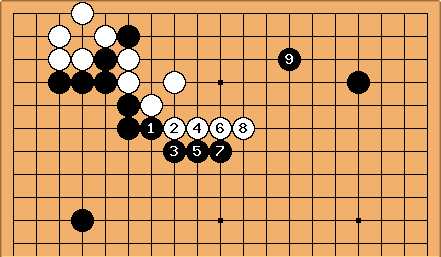 This is from a recent game Cho Chikun-Yu Ch'ang-hyeok (colours reversed, Samsung Cup 1998-09-02). Aji remained in both the frameworks.

Go to Pushing battles in joseki 5