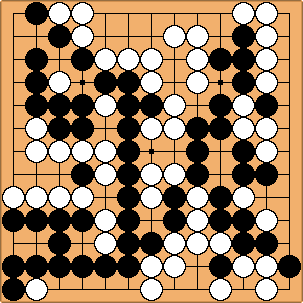 As Arno pointed out, there are some miai on the board. The challenge is to get tedomari. 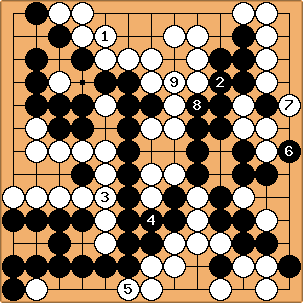 is the point. Although

dominates, for reasons that will become apparent.

is the key to getting tedomari.

Next Black takes his sente with 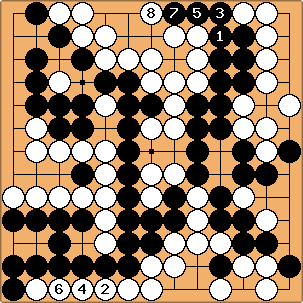 gets tedomari, just barely. If White responds on the top side before then, Black can make a play in the bottom left corner and get jigo.

If White had played

in the previous diagram, Black could have responded in the bottom left corner and gotten tedomari. 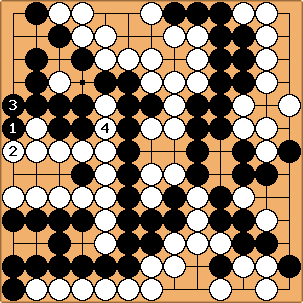 Arno posted a solution. From his comments, I gather that Dave had one in mind, too. :-)

The point of this problem is not widely known. In fact, taking the three stones in the top left dominates for Black, as well. The book said that

was worth slightly less than

. It even suggested counting it as 1/2 point less. That goes too far, OC, but in 1980 nobody understood go infinitesimals.

For more about the comparison of miai in this problem, see /Difference Games. 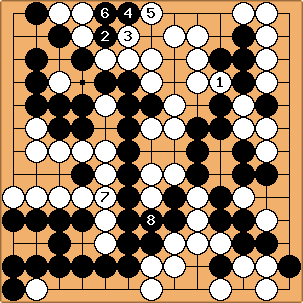 are miai, but White takes the wrong one. 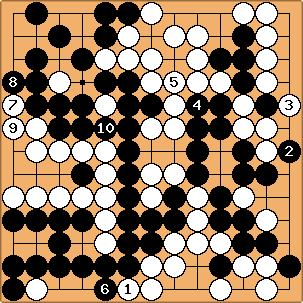 Since the top side is settled, Black can take his sente with

and then get tedomari with 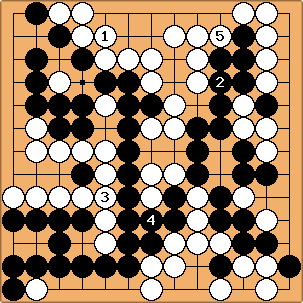 White gets off to the right start, but

is the wrong play to get tedomari. Such blocking plays lose at least a tempo unless they are played in response to sente. (See atomic weight.) 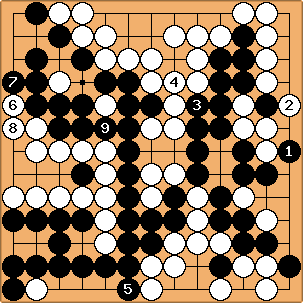 Black takes his sente with

and then gets tedomari with