At the first move in this problem White must choose between two plays of the same size (miai). One dominates, and, in fact, textbook commentary in a similar position says that you can even consider it to be worth more, despite the miai. Let's see what light difference games can shed on that question. 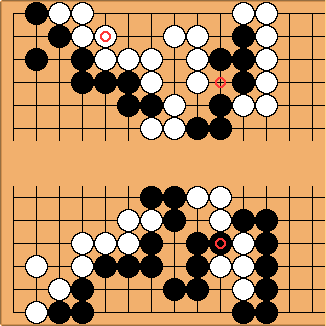 in the mirror position). Does this position favor either player? 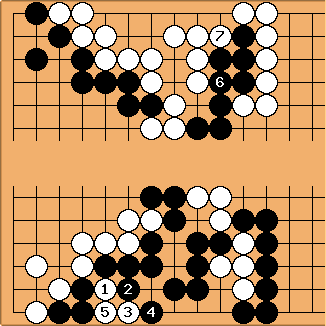 If White plays first she gets tedomari and wins by 1 point. 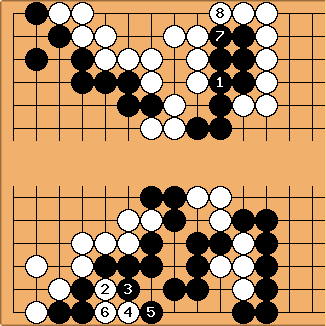 If Black goes first the result is jigo. (If

This difference game favors White, so White should play

in the original diagram, unless ko threat considerations predominate. This is so regardless of other plays on the board, except for kos.

What about original play for Black? 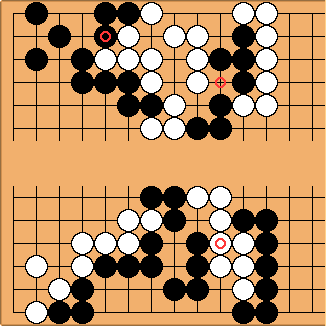 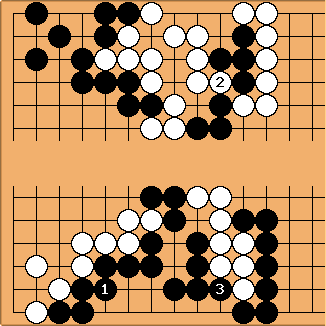 Black to play gets tedomari to win by 1 point. 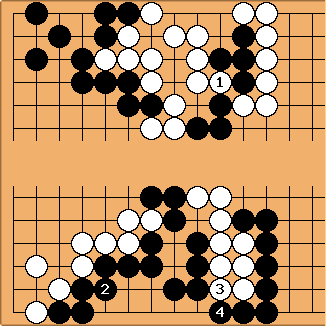 If White goes first the result is jigo.

This difference game favors Black, so Black should also favor the play on the left in the original position, subject to the caveat about ko threats.

That play dominates the other because of the possibility that White will be able to play the "reverse sente" (not really reverse sente because it is an ambiguous move). This difference is not enough to alter the miai value of the play, but it does make an infinitesimal difference in the chilled game. This was not understood in 1980. Still, the textbook said that it was a better play.

It did not matter in this problem, but let's compare plays in the second miai. 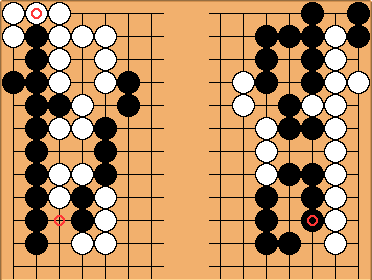 Here we set up a difference game to compare White plays 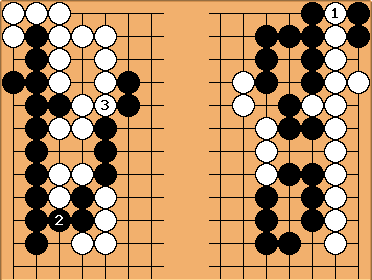 When White goes first the play is like the first difference game. White gets tedomari to win by 1 point. 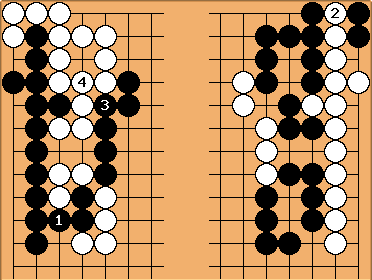 And, as in the first difference game, Black can only get jigo.

White to play should take the simple gote and save her two stones. 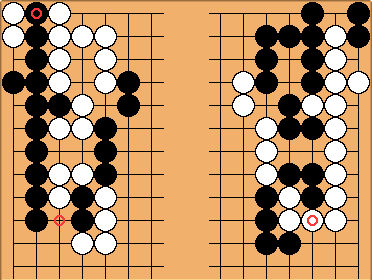 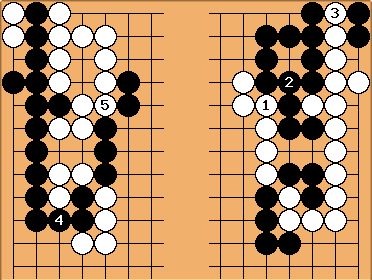 First, White takes her sente with

and then takes the right miai to get tedomari with

and win by one point. 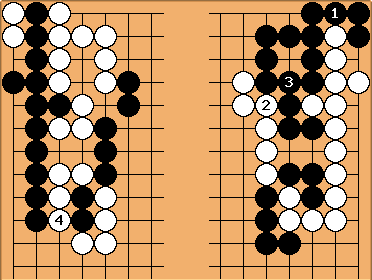 , to get tedomari, for jigo.

Since the difference game favors White, Black should choose the miai that gives him sente, unlike the first choice of miai. The key difference is the size of the sente threat. Verrrry interesting! :-)