There is one well-known enclosure made with three plays, the pillbox. Often attributed to Hasegawa Akira, it was apparently invented by Hashimoto Utaro in 1935. (This is mentioned in the Kihon Fuseki Jiten.) 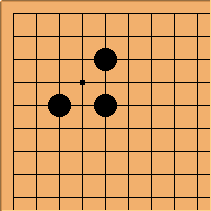 Before that the 3555 enclosure was usually completed at 6-3, to make a 355563 enclosure. On the basis of a 1934 game he played against Go Seigen (1934-03-13), that enclosure is perhaps properly attributed to Hasegawa, who also played it the next day in an Oteai game against Inoue Ichiro. It was in any case much played in the shinfuseki period 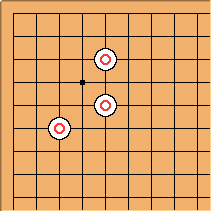 The pillbox is sometimes described as an innovation, improving on the [355563] enclosure. But that is hardly borne out by game records, showing both used (Kato Atsushi played the 355563 in 1996 against Yoda Norimoto.)

Neither is very common in contemporary go. There is also Takemiya's super pillbox from 1969, apparently a one-off experiment.