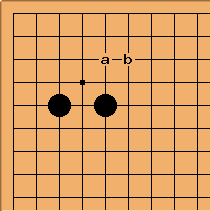 Played to develop a 3-5 point on the left side, or to begin enclosing from the 5-5 point. Normally Black a comes next, for a pillbox. The play at b to make a 355563 enclosure is also a pro move: see pillbox history for more. 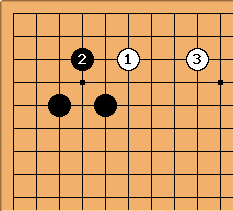 The position allows white several approach moves. The most usual one is

here, allowing white to establish a small group on the upper side. 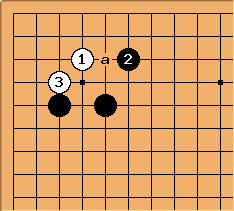 White can also invade at

for later. After this, white will probably live in the corner, although it might still require creativity and/or Go skills to do so. A third possibility would be white a. 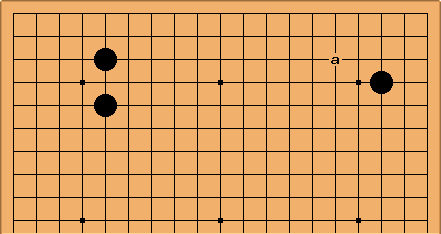 Not common: played in a 1946 Oteai game by Kajiwara Takeo against Fujisawa Kuranosuke. In that game White allowed Black a for a ryojimari game.