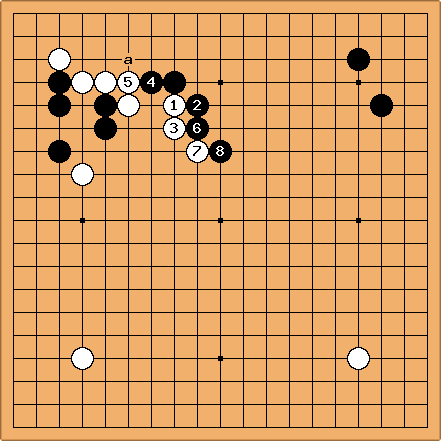 Bill: White's troubles may stem from

. As the next few moves illustrate, Black builds a wall that works with his shimari in the top right corner.

looks better at a to me. 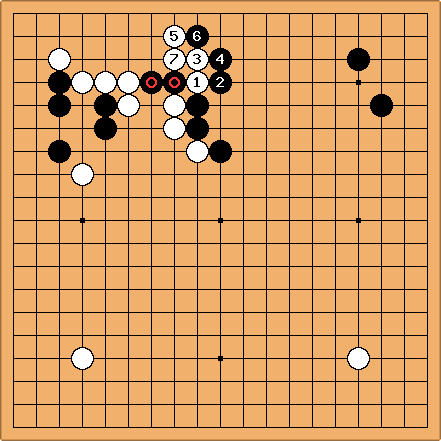 is big, cutting off and capturing the

However, Black has counterplay (next diagram). 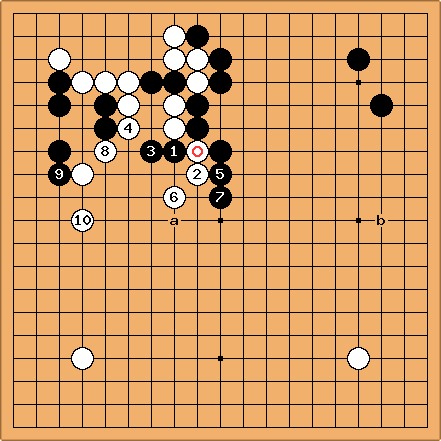 stone, which was played to allow White's earlier cut.

leads to bad shape. After

Black threatens to play at a (which he did later). White should extend instead (next diagram).

, but they are chickenfeed at this point in the game. W b may be better, even though Black has play against White's center stones, thanks to 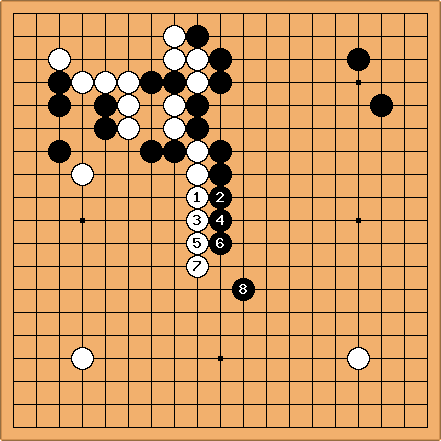 should extend, after which I do not think that Black has anything better than to keep pushing until he can safely play keima with 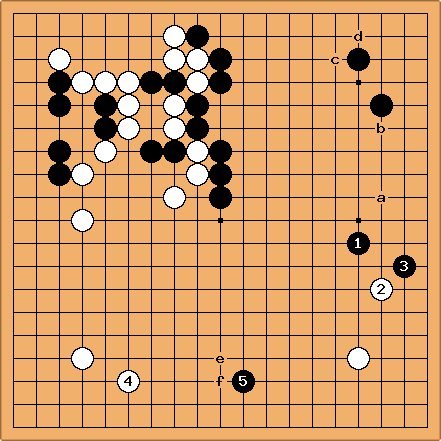 I would feel nervous as White. Black's wall has weaknesses, but they seem difficult to exploit, now. White, however, seems oblivious to any danger.

, which makes a successful invasion very difficult, if not impossible. Maybe White has to try something right away, instead. a through d come to mind.

, which can easily make a base. e or f instead is much better. After

White has little chance to win this game, IMO.