Suggested by a section in a book by Gaku Yuzuru. Just as a football team plays matches both 'home' and 'away', in a game each player must fight both as attacker and defender.

Not making the most of home advantage would be failing to attack severely when the opponent enters one's framework. 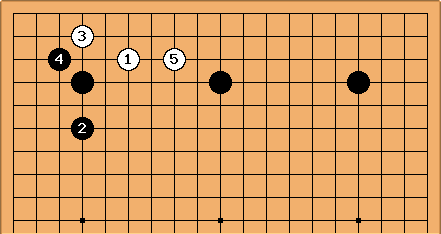 When Black has played sanrensei, White can be quite happy with Black 2. Up to 5 White's group is close to being settled. 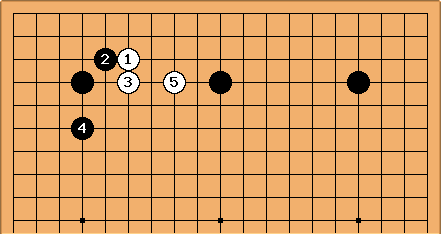 For that reason Black 2 is much better. After 5 White's group can still be attacked.